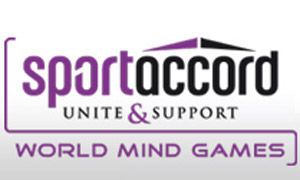 The World Mind Sports Games were first held in 2008 in Beijing. After a long pause the tournament returns in the chess calendar stronger than ever.

This year the World Mind Games has moved to a new level. Now they are being organized and held by a famous and respectable organization called SportAccord, the umbrella organization for both Olympic and non-Olympic sports as well as a major organizers of conferences and sporting events.

As a result, the participants list is in the Mind Sports Games is even stronger than before, with the 2700 club taking the scene. The top seeded in the men section are Sergey Karjakin, Vassiliy Ivanchuk, Ruslan Ponomariov, Vugar Gashimov, Shakhryar Mamedyarov and Gata Kamsky.

At the head of the Women’s event is Hou Yifan, who recently successfully defended her title of World champion in Tirana, Albania. Apart from her, there will be other players trying to compete with the very best namely – Anna Muzychuk, Nana Dzagnidze, Katerina Lahno, Viktorija Cmilyte, and of course former World Champions Antoaneta Stefanova, and Alexandra Kosteniuk.

The women section is headed by the World Champion Hou Yifan.

World Mind Sports Games starts 9th – 11th December, 8 men and 8 women will compete for medals in rapid. December 12-13 will be a blitz tournament, round robin format – separately, again, for men and women. Then 13th-16th of December the players will compete in the ultimate Mind Games, blindfold chess games.