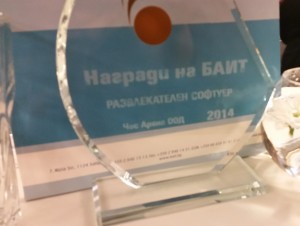 For the fourth year in a row the Bulgarian Association of Information Technology (BAIT), as part of the European Commission project Watify, presents the highest state awards. The projects are divided into 12 different categories for the contribution to the development of the information and communication technologies.

The awards were presented on the official ceremony in Grand Hotel Sofia on 05.02.2015, and were handed by the President of Bulgaria, Mr. Rosen Plevneliev.

In his speech, President Plevneliev noted, “I am proud with the companies that have made a global name in the IT sector, operating locally from Bulgaria. I will support every effort that creates, enhances, and upgrades the electronic industry.” Vice President Ms. Meglena Kuneva stated, “Surrounded by all the IT elite, the BAIT awards for me mean three things: an prize for reformism, for the beautiful minds, and for the development of the digital economy”. The Minister of Economy, Mr. Bozhidar Lukarski added, “I am happy to be present at the highest state IT sector awards. The doors of my Ministry are always open for such quality business.”

One of the partners and supporters of ChessArena – the online multiplayer strategy game Imperia Online – received the prestigious “Corporate Social Responsibility” award. Other awarded companies include Jumpido and Transmetrics for “Startup”, Telerik for “Innovations”, MusalaSoft for “Mobile application”, SoftUni for “Education”, TVnews for “Information portal”, Teodosiev for “Physics and applied mathematics”, and Alterco for “E-business”. 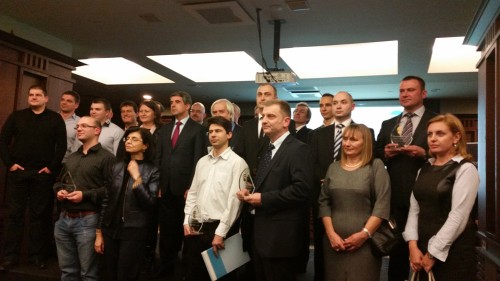 A group photo with President Plevneliev 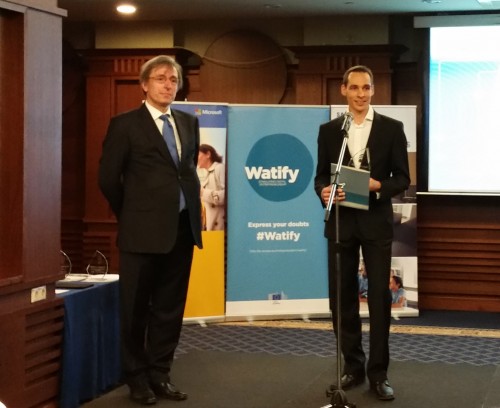 The CTO of ChessArena Mr. Ivan Anev promised many enhancements and innovation to the online chess world in the coming months