Chessdom.com registered an increase of 93,85% in the first quarter of 2013 compared to the same period in 2012, reaching over 3 million visits. That is a total of 1,5 million visits increase, with other major statistics keeping similar levels – each visitor reads on average more than 9 articles daily, while spending 23:36 minutes on site.

All this translates into 28 million pageviews over 3 months, the highest day being March 31st when 1,5M pageviews were registered.

Scroll down for Google analytics stats and click on the images for full size view. 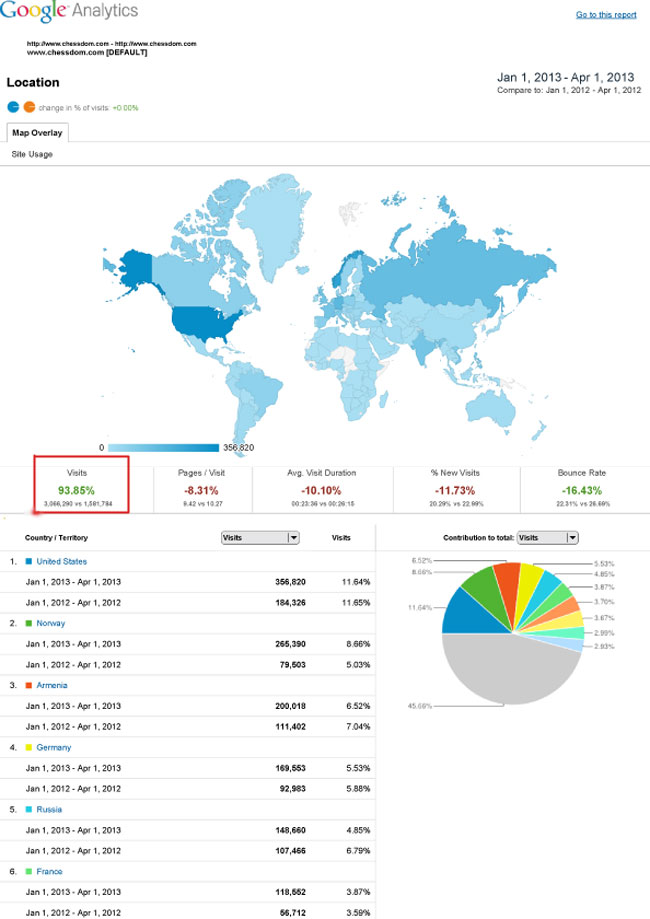 United States, Norway, Armenia, Germany, Russia, France, India, Philippines, and Italy contribute more than half of the website’s visits. Other 200+ countries and regions bring 45% of the audience. The most important remark of the period: for the first time in history all top 100 countries without exception grow as audience

As for continents, the highest growth is in Africa 139% and Americas 106%. Spanish is the worldwide language with highest increase, mainly due to the very active Latin/Spanish version of Chessdom. 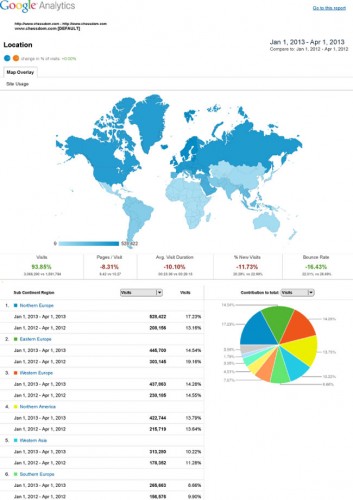 Growth in the mobile sector visits