If you love chess and you want to train with top coaches, if you are tired of losing games right from the opening, if you need professional chess players for guidance, all you need to do is join our Online Chess Academy.

Let our team of experienced GM trainers help you improve!

More about the trainers in Online Chess Academy 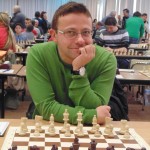 As an active player Boris has won more than 30 tournaments in his career and has been a part of the Bulgarian Olympic Team.

He has been a successful trainer of the Bulgarian National Women’s Team for many years, including 2010, when the team shared third place at the Chess Olympiad in Khanty-Mansyisk, Russia.

Boris is an author of many chess articles and publications. The latest one is “Repertoire vs. 1.d4” 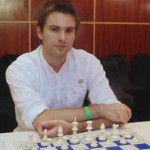 Davorin graduated from Texas Tech University with MS in Finance and has been an International Grandmaster since 2010.

He is one of the authors at Modern Chess Magazine, and has recently released Opening Repertoire against Classical Slav 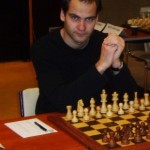 GM Momchil Nikolov (2559) is a Bulgarian GM, born 1985, who lives in the Bulgarian capital Sofia recently.

He has graduated from University of Structural Engineering and Architecture – Sofia, with MS in Architecture and has been an International Grandmaster since 2010.

Thanks to his years of experience as an active chess player, he won many international tournaments. Momchil mentions the silver medal on board fourth at the European Club Cup in Plovdiv 2010 as the most significant success in his chess career so far.

Get one lesson from Kuljasevic, Chatalbashev and Nikolov for 40 EU, or save 10%, choosing a package of ten lessons for only 360 EU!  The lessons are in fluent English, Russian, Croatian, and Bulgarian.

You can buy 10 lessons here!

You can buy 1 lesson here!