The Chief Minister visited the main broadcast studio in the Archie Suite, the hub of our online broadcasts. In the main hall ahead of play in Round 7, he presented the prizes for one of the social events in the festival, the Blitz Pairs played for on Sunday night.

“Thank you so much for making your way to Gibraltar,” Mr Picardo said in a short address to the packed hall of Grand Masters, International Masters and all chess players moments before the start of play. 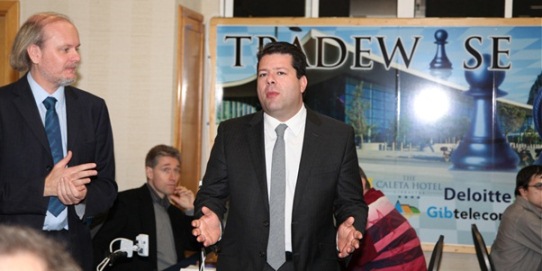 “Welcome to Gibraltar,” says the Chief Minister of Gibraltar as he address the players yesterday

“Wherever you have come from, you are very welcome indeed to this Rock of ours. Enjoy your chess,” he said looking forward to returning for the final gala dinner on Thursday.

During the visit, The Chief Minister, commented that Gibraltar was hugely proud by what had been achieved in the festival by Brian Callaghan and the people who had been supporting him from day one.

“Mr Callaghan saw the potential of this tournament, not just in tourist arrivals but also as a huge enrichment in Gibraltar’s culture. He backed it financially and found people to support him and today, it is much more I believe, than even he imagined it could be. My message to him and all involved is that we will continue to support this festival and we will continue to increase our support of this festival to ensure it remains the one which all players want to come to and which The Times in its chess column describes today as the world’s strongest open,” he emphasised. 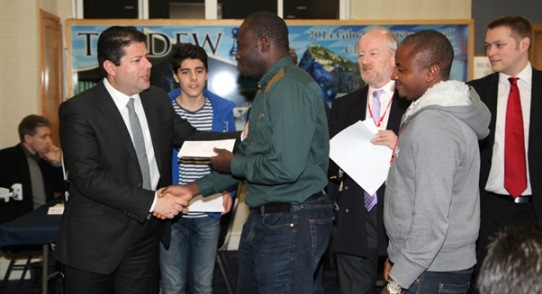 In a message to all those who have not been to the Festival or to the Rock, Mr Picardo said: “We can’t lay claim in Gibraltar to having invented chess, but we certainly can lay claim to laying on the best hospitality every year to ensure that all chess players from all over the world enjoy an environment which is an immersion in chess. To those who have never been, come and see what it is that all your fellow players have enjoyed so much in one of the most iconic places in the world. Gibraltar is well worth a visit. I invite everyone to come move their pieces on the Rock.”

A keen chess player himself, the Chief Minister is looking forward to teaching his son Sebastian, just a year and 9 months. Looking at introducing him to the game of chess at the age of four Mr Picardo, further commented: “everything in life is like a game of chess, so the quicker he gets to know the rules, the better.” 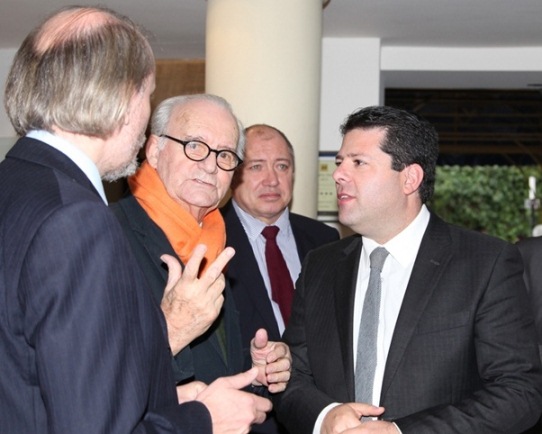