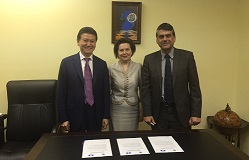 This followed on from a very productive meeting in Palma de Mallorca between the President of the Spanish Federation and its Secretary, Ramon Padulles, the national coordinator for CiS in Spain, Pep Suarez and CiS Chairman Kevin O’Connell.