FIDE Chess in Schools Chairman Ali Nihat Yazici has made an official visit to Bangkok, Thailand from 9 to 11 March 2013.

Members of the board of Thailand Chess Association and Yazici have discussed a detailed Master Plan for the TCA. The President of FIDE Kirsan Ilyumzhinov had already launched the CIS project of Thailand in 2011.

Parties have decided to continue the work by the April 2013, with one more visit and detailed CIS project. TCA Master Plan will be prepared and presented to the President of TCA, Mr. Kittiratt Na-Ranong, who is also Thailand’s Deputy Prime Minister and the Minister of Finance.

The TCA Board meeting was held after Yazici’s visit to Bangkok and the final decision of the Board was to launch the project. The President of TCA, Mr.Kittiratt has mentioned that they will go with FIDE CIS project and development plan. He said that ‘If Turkey could do it, so could we’ 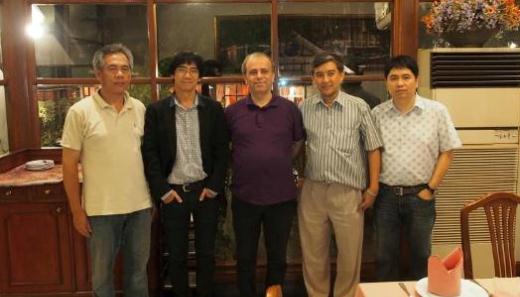