In 2009 the jewelers from the Jewels house “Lobortas” together with the Russian chess player Alexandra Kosteniuk have designed the chess Oscar, named after the goddess of chess Caissa. Thus the House took an active part in the game development and popularization. 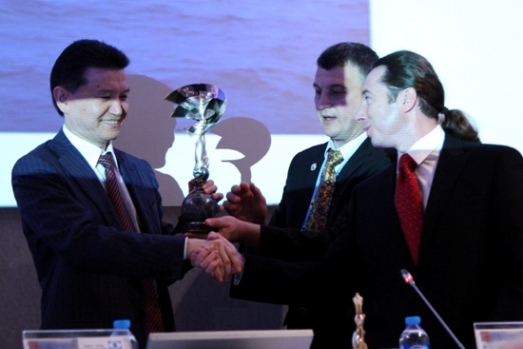 Chairman of the FIDE Women’s Commission Susan Polgar and owner of the “Classical Jewelry House” Igor Lobortas have presented the reigning Women’s World Champion Hou Yifan with the Caissa Cup on 2nd September at the ceremony in Polat Hotel. 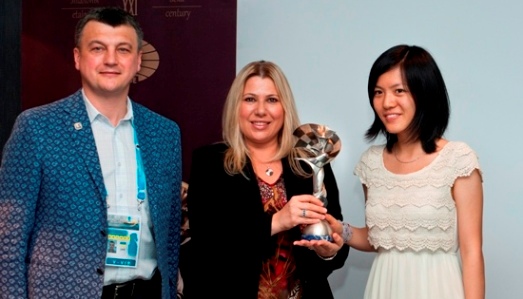 The big Caissa was created to commemorate the names of the Oscars awardees and will remain in FIDE forever. Every year a new name of the winner of the small cup will appear on the back side of the big one.

“Champions should get real awards for their success” – says Igor Labortas. He also exclaims that such precious awards exist in other sports and he is glad that from now one such award will be also in chess. The first award like that is Nona Gaprindashvili cup.

The Caissa Cup is made out of silver, gold and it is embossed with few diamonds. The weight is 2995 grams. 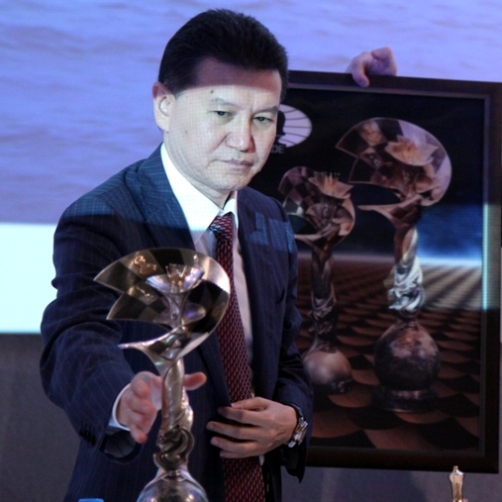