The event had an appreciation and approval of the CEI – Italian Episcopal Conference. 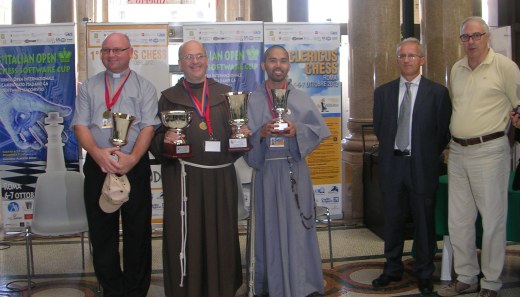 The top three finishers and the arbiters

The final group had 12 players (priests and friars) – six from Italy and six from abroad.

The winner is the Italian brother Marcello Bonforte, second place is for father Drazek, a priest from Poland, and third is brother Sulit Froilan, friar from Philippines. 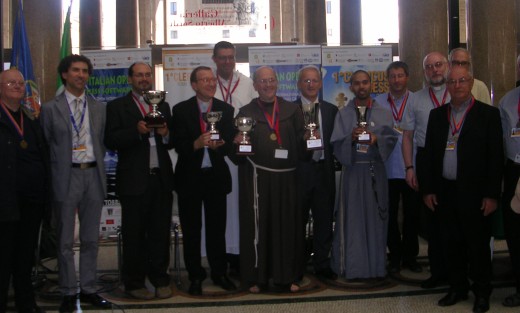 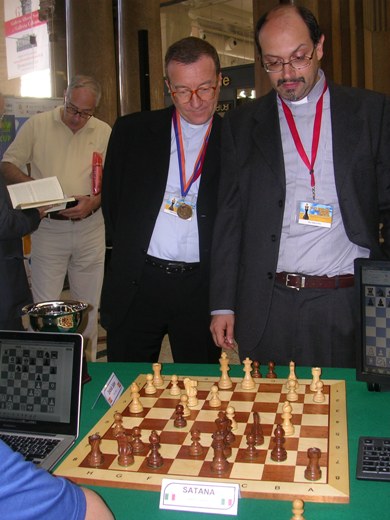