President of the Russian Federation Vladimir Putin took part in the closing ceremony of the 2014 match to determine the World Chess Champion.

Press release and photos by the Presidential Press and Information Office.

The President congratulated the Norwegian grandmaster Magnus Carlsen on his victory over the Indian chess player Viswanathan Anand.

After the ceremony, Vladimir Putin spoke to the finalists. The match to determine the World Chess Champion was held in Sochi on November 7-23. 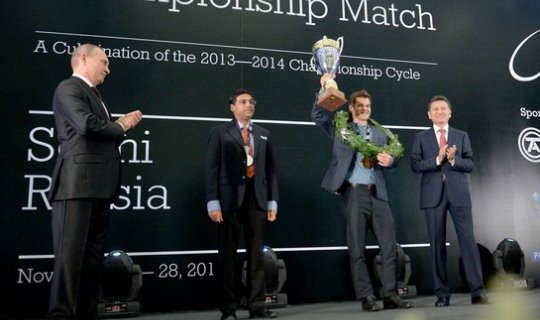 PRESIDENT OF RUSSIA VLADIMIR PUTIN: Friends, I would first like to congratulate Magnus Carlsen on his victory. Congratulations! This victory allows you to retain the title of World Chess Champion.

I would also like to thank Viswanathan Anand for the wonderful game we will all remember.

This match between the two strongest grandmasters of the planet has truly become the focal point of the entire world chess championship. Millions of chess fans from all over the world followed it. As I have just been told, this was about 2 million people in over 100 countries every day. I am certain that the honest and fierce struggle of two equal and respectable players has met the expectations of millions of fans across the globe.

Chess is fairly considered an important part of world culture. In Russia it has traditionally enjoyed special respect. 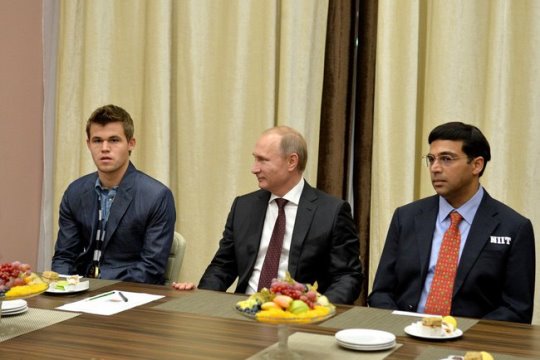 We are happy and proud that the Olympic city of Sochi hosted the decisive match for the world chess crown.

This city is filled with a festive atmosphere of sports and competition, and the participants in this match have demonstrated the same qualities as the Olympic athletes did during the Winter Olympics.

The match to determine the World Chess Champion will definitely serve to further develop chess in Russia and the world at large.

We in Russia have a special love for chess. Let me remind you that this country gave the world ten champions. 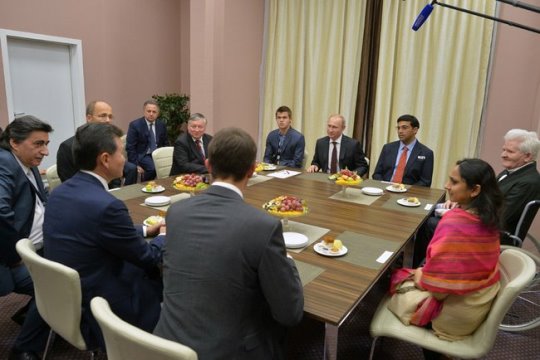 We have about 540 thousand people doing this sport, while the number of those who like to spend their free time over a game of chess runs into millions.

Once again, my congratulations to Magnus Carlsen on his outstanding victory! I wish you success!

Thank you for your attention. I would like to ask the President of the World Chess Federation to present the awards.