Schakklubben av 1911 is a chess club in Oslo with players ranging from 8 to 82 years old. “1911” has grown a lot in the last 15 years. Back in 1993, there were about 20 members in the club, today it has about 120 players, which makes it one of the biggest clubs in Norway. It has many strong players such as IM Torstein Bae, IM Torbjorn R Hansen, WFM Silje Bjerke, the very talented 14-year-old Frode Urkedal. Last season (2006-2007) the club managed to get the fifth place in the national division. 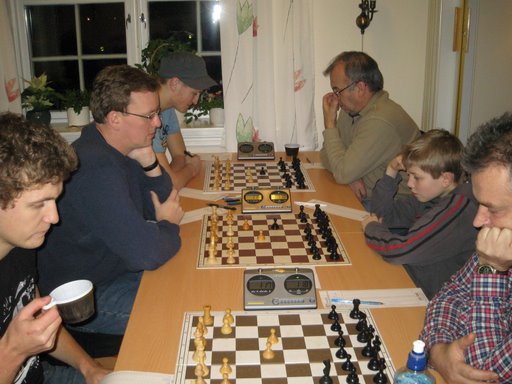