Top seeded Grandmaster Sergei Tiviakov of The Netherlands was off to a good start winning both his games after the completion of the second round in the Apollo Engineering College Commonwealth Chess Championships 2012 at Multipurpose Indoor Stadium, Chennai here today. 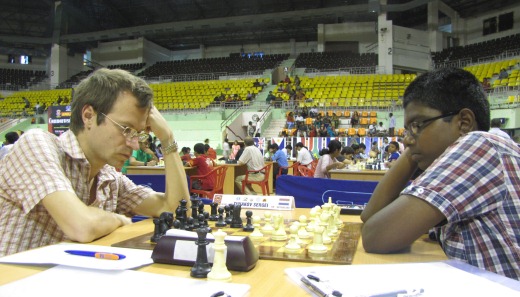 In the second round, Woman FIDE Master M Mahalakshmi, a student of Velammal Group of schools, caused the biggest upset bringing down Grandmaster Sahaj Grover in an exciting Nimzo Indian game.

After a sedate start, Mahalakshmi went for a king-side assault that had the Delhi based Grandmaster in trouble. An exchange sacrifice in the 31st turn could not stem the queen, rook and bishop battery and Sahaj gave up faced with a collapsing position after 41 moves.

Mahalakshmi, incidentally, had won the Gold medal in the Under 14 Girls section, last week in the World Youth Chess Championships at Maribor, Slovenia. 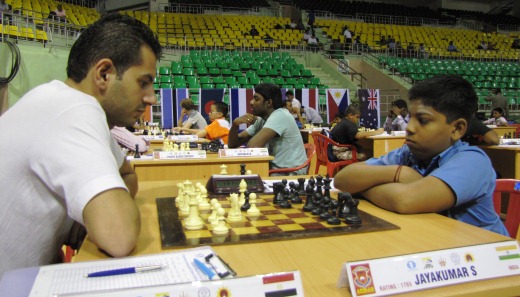 The French game developed into an interesting tussle and Madhurima equalised quickly and the queenless middle-game slowly moved in her favor. Giving up his rook for bishop on the 31st turn, could not solve Akash’s difficulties and faced with a mate, he resigned on 40th move. A big win for the Delhi girl and good show from here, will help her to strike a Norm.

Earlier, the first round in the morning session packed a few surprises, as sixth seeded Grandmaster Mark Paragua (ELO 2532) saved himself from an unpleasant position against Indian junior S Rohit Vassan (ELO 1762). 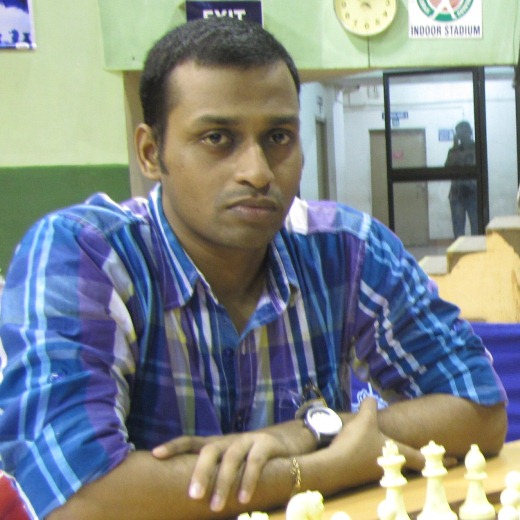 The Closed Sicilian game saw the Grandmaster pressing for the initiative, even as Rohit hung on with the material thrown upon him. An exchange sacrifice on the 40th move put the Indian on the front and Rohit found himself four pawns up for an exchange by move 51.

But a series of inaccurate moves saw Rohit conceding a draw holding wrong colored bishop and a pawn, the queening square of which the Grandmaster had covered.