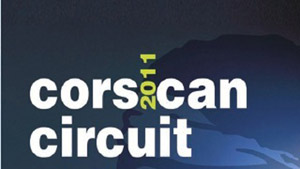 Corsica Masters, the top open event of the season, continues on the island of Napoleon. Most of the high-rated participants, including GM Fressinet, GM Sasikiran, GM Mamedov, GM Gawain Jones, GM Ghaem Maghami, and GM Grigoryan continued their victorious march.

Round two brought some surprises as well. After GM Cheparinov got stunned at the start, yet another top Grandmaster faced fierce resistance – this time Pavel Tregubov drew with Aghasi Inants.

Scroll down for the full results, you can download and replay the games at the official website.

Today is round 3, live games here.

Large increase of participation
Corsica 2011 is a top tournament of the year, and despite the financial crisis there is a record number of competitors, 30% more than any other year. One of the key factors is the participation of the young players at the event. The organizers, the happy participants, and the media interest in the following video.