Chess in Schools and Communities (CSC), a new charity that uses the ancient game of chess as a learning tool in classrooms across England and Wales have been shortlisted and highly commended in the annual Sport and Recreation Alliance’s Community Sport and Recreation awards for 2012.

The judging panel, chaired by the BBC’s Eleanor Oldroyd awards sport and recreation organisations that have excelled in areas such as volunteer management, school links and green thinking.

CSC, formed in September 2010, were not only shortlisted in the category of school links but were also highly commended for their innovative work in schools by the judging panel.

The charity teaches chess to children in class as well as organising the traditional after school and lunchtime clubs, showing that chess, a game that crosses all social barriers, is for all children and not just the academically oriented. CSC delivers chess sets, chess tutors and a 30 week chess curriculum that emphasises cross curricular links.

In December, CSC will be bringing 1000 children in their ‘Urban Chess’ program to Olympia to enjoy free training and sample the London Chess Classic, their flagship event which will include five of the world’s top players including world number one Magnus Carlsen and world champion Vishy Anand. 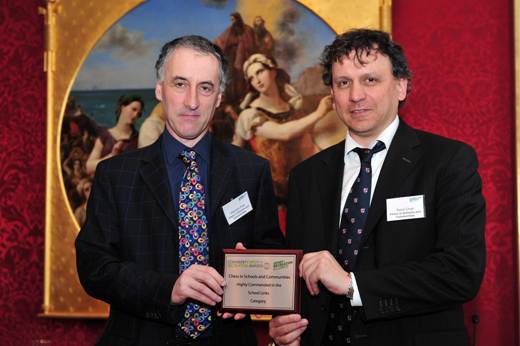 “Chess in Schools and Communities has already reached over 100 schools and we plan to involve 400 schools and teach 30,000 children the game over the next two years in inner city areas.” commented Malcolm Pein, CSC chief executive. “It’s wonderful to see our work, and the role chess can play in improving educational outcomes, recognised in this way.”

The President of the SRA, HRH Prince Edward the Earl of Wessex presented the winners and highly commended organisations with their awards at the organisation’s Annual General Meeting on July 19th at St. James’s Palace. 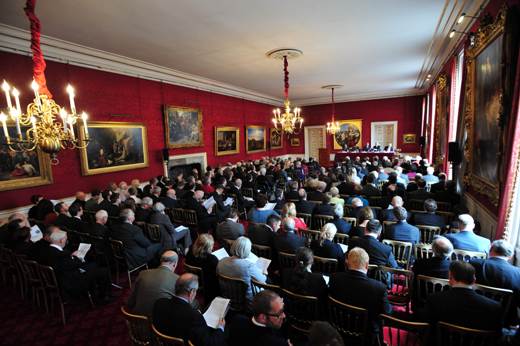