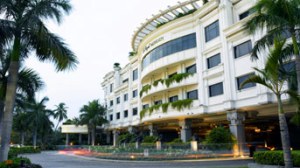 The event is sponsored by TATA group. India is the first Asian country to host this event, in the history of blind chess.

205 delegates from 26 countries have confirmed their participation, which includes 19 International Masters and more than 90 FIDE Rated players.

This is a team championship played on a nine round Swiss league format and the winning country will be crowned as world chess Olympiad champion.

There are several firsts in this Olympiad, the first time in the history of Blind chess the games are shown LIVE on the web http://www.aicfb.in, the next one being the introduction of speech enabled chess clocks are to be used during the event.

Further, the AICFB is launching the online chess playing portal, the first of its kind, is a brainchild of Charudatta Jadhav, which also is speech enabled.

The daily bulletins are distributed of all the completed games to the participants in the DAISY format (audio with navigation). Together these compose the uniqueness of this event.

Hotel Le Royal Meridien is the hospitality partner with all the players being accommodated in the playing venue itself. ONGC is the associate partner of this event and we thank the Government of India, Ministry of Sports for extending financial support and the Tamil Nadu State Chess Association for the logistic support.

International Master Sekhar Sahu is the coach and the non playing captain of the Indian team.