Rating favorite GM Renier Vasquez finished with the same amount of points, but a worse tiebreak score.  He beat young GM Alvar Alonso, who risked too much to gain the exchange and left his king too open against Vasquez’s attacking pieces.

GM Daniele Vocaturo arrived to the last round as the sole leader but lost against GM Marc Narciso. The Italian finished on third place.

Igor Rausis was the winner of the last edition 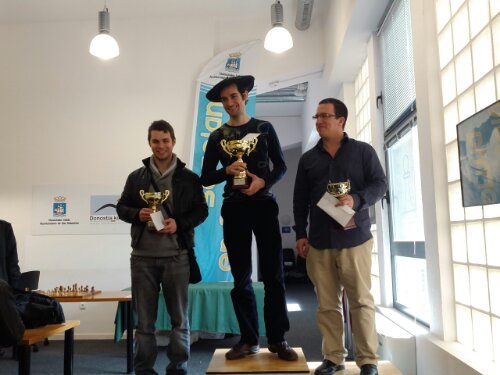 The winners at the podium