The games had begun, the top seeds were comfortably seated on their boards. For the professional star players, it was yet another day at work. 14-year-old Koustav Chatterjee, rated 2288, was the only player waiting anxiously for his opponent. American GM Timur Gareyev, rated 2605, had ‘left’ the official car and had not reached the venue. He had decided that he will come to the venue on his own. The clock was ticking and the walkover time-limit of 30 minutes was fast approaching.

Already in the second round, the games began to become tougher than normal for all the top seeds. Azeri GM Arkadij Naiditsch, the top seed with a rating of 2701, had another normal day at the office as he managed to defeat Egyptian Adham Kandil, rated 2294. 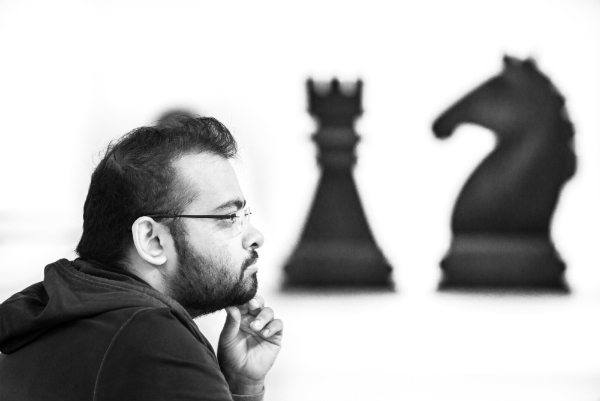 On the second table, unheralded Tamil Nadu youngster A.L. Muthiah rated 2291, managed to hold the second seed GM Amonatov Farrukh, rated 2636 to a draw. It was a Reti Opening in which Muthiah was applying steady pressure on the queenside with the white pieces. Around the 40th move, the Indian had a chance to keep up the pressure and go to an endgame a pawn up. But with less time on the clock, Muthiah decided to repeat his position and take the draw instead. 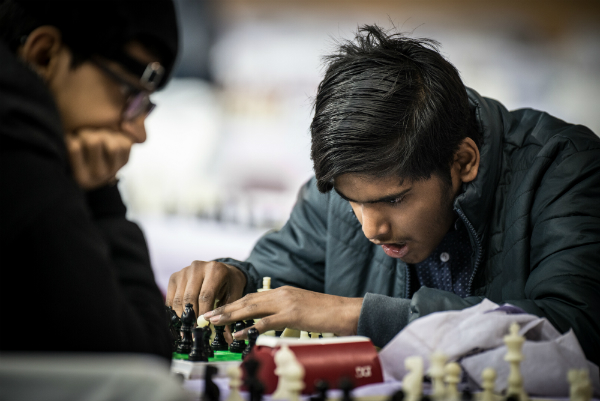 Meanwhile, Timur Gareyev did reach the venue, but not on time. He was three minutes late. The chief arbiter Vasanth BH decided to award the point to the young Koustov Chatterjee.

The tenth-seeded GM Diptayan Ghosh, rated 2556, was playing Odisha’s Rajesh Nayak, rated 2247. Diptayan had a completely winning position with the white pieces but a hasty 36.f5 break, which turned out to be a blunder, meant that he had to settle only for a draw. 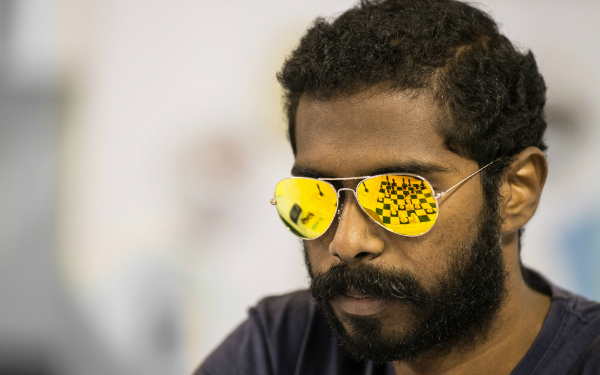 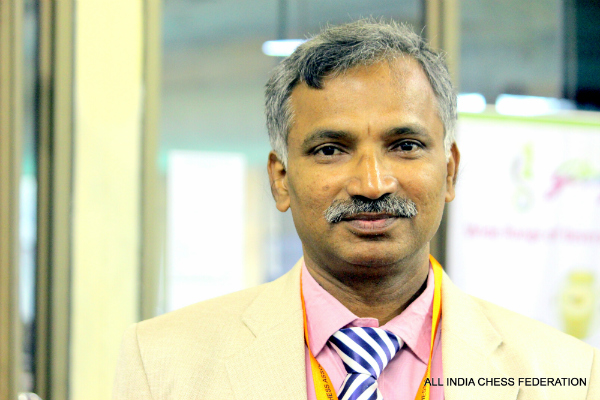 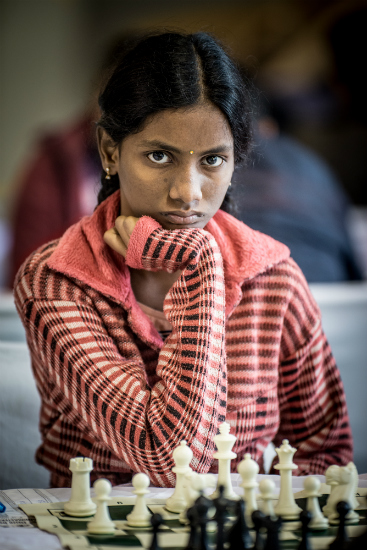