The last stage of the 2013 Cup of Russia, the Cup of the Governor of Ugra, was held from 27th November to 6th December in Khanty-Mansiysk.

Grandmaster Denis Khismatullin finished clear first with 6,5/9 points after holding Dmitry Bocharov with black pieces in the final round. Khismatullin earned 4500 EUR for the effort. 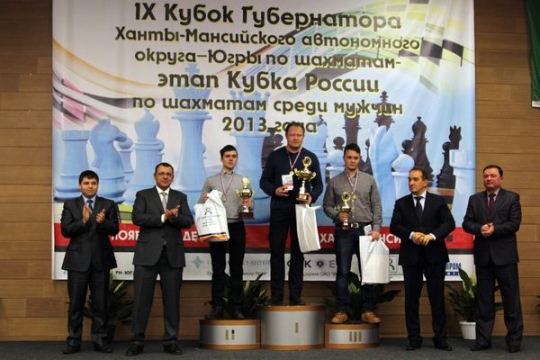 46 players participated in the 9-round Swiss event. In addition, a B tournament with 72 players took place.

The total prize fund for both tournaments was 37,000 EUR.