The sixteen-year-old Diana Mirza from Limerick, Ireland was victorious in the World Schools Under-17 Chess Championship that was held from 21-30th April in Iasi, Romania.

This is the first world chess title for Ireland and definitely a huge encouragement for the many talented young players emerging from chess schools across the country.

The Irish Chess Union followed up adding: “The ICU are delighted for Diana on her groundbreaking success. It is a testimony to her talent, hard work and commitment over the years and to the support of her family and friends in chess.”

independent.ie has published an article including an interview with Diana. 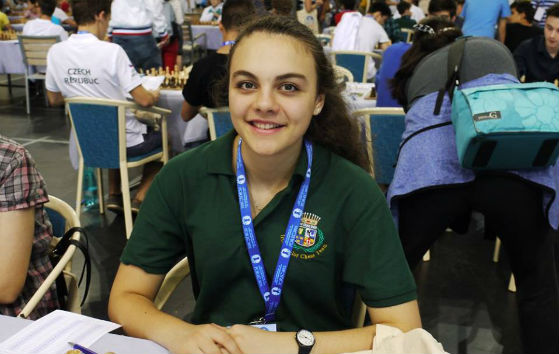