The fourth round of the Breisacher Memorial in Biel was played today. The only decisive result of the day saw Ding Liren defeating co-leader Maxime Vachier-Lagrave with white. The other two games finished with draws. This leaves Alexander Moiseenko and Etienne Bacrot as the leaders, with Ding Liren a point behind (the Bilbao score system is being used).

First seed Bacrot saved the draw yesterday against his compatriot Vachier-Lagrave and missed a chance to get sole lead today in his game against Alexander Moiseenko. Meanwhile, Richard Rapport and Ian Nepomniachtchi signed a peaceful draw in an opposite-colored bishops endgame.

Ding Liren has shown steady progress in the last couple of years. In the very competitive Chinese chess scene, he managed to rise to third place behind Wang Hao and Wang Yue. The 20-year old is now in sole third place behind the leaders. His uncompromising style of play might shoot him right up the ladder or leave him empty-handed. In any case, the chess fans always welcome his presence in these strong events.

Maxime Vachier-Lagrave used his typical counter-attacking strategy with the black pieces, and faced an even more aggressive opponent. Ding Liren quickly advanced his h-pawn to shake black king’s defensive setup. By move 19, the computer already gave white an advantage of more than two pawns; Ding Liren converted his positional edge into a clear material advantage. The French grandmaster gave up on move 28. 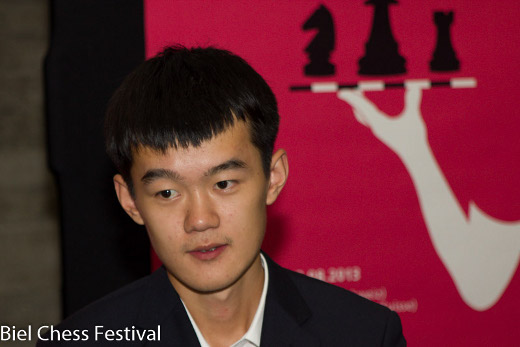 The two leaders battled today. Alexander Moiseenko had the white pieces against Etienne Bacrot. The most experienced players of the lineup are proving that their unorthodox positional styles are good enough to beat the younger generations of active players. Today, a draw kept them both as favorites to fight for first place in the upcoming rounds.

The seemingly calm exchange variation of the Queen’s Gambit turned sharper when Moiseenko sacrificed his h-pawn for activity. Bacrot defended very accurately and went for a counterattack on the kingside. Moiseenko erred on move 29, but his French colleague was not able to find the sharp line suggested by the computer that gave him a clear advantage. Instead, he forced a threefold repetition to split the point after 34 moves. 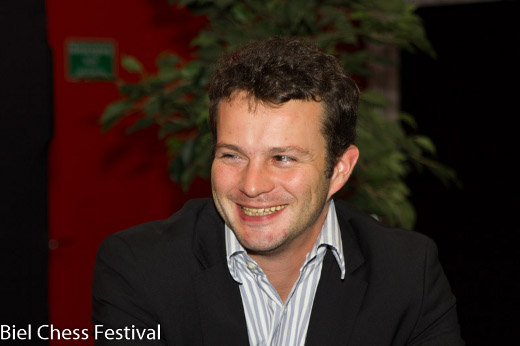 The first game to finish was Richard Rapport – Ian Nepomniachtchi. The young stars played an interesting line of the Sicilian but proved they were well prepared and ended up simplifying the material rather quickly. They played a clearly equal opposite-colored bishops endgame until finally signing the peace treaty on move 34.

Tomorrow will be another exciting round. Co-leaders Bacrot and Moiseenko will face Richard Rapport and Ding Liren, respectively. Follow the games live with computer analysis on Chessdom. 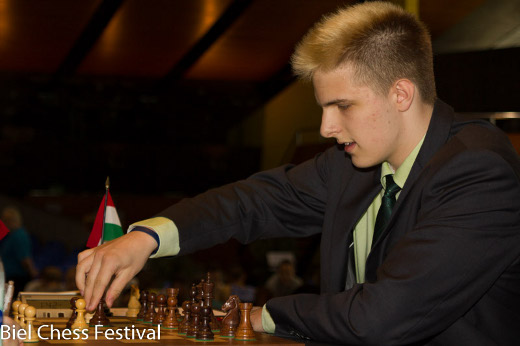