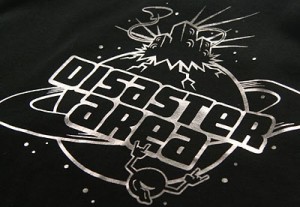 DisasterArea is one of the newcomer engines in Season 9 of the premier chess engine event TCEC. The engine by Jochen Peussner had a promising start in Stage 1a. In a game with black against the reigning champion Komodo, DisasterArea managed to pose multiple problems and required the best play from The Dragon in a very interesting game.

DisasterArea is named after a fictional rock band from the Gagrakacka Mind Zones in The Restaurant at the End of the Universe, the second book of the Hitchhiker’s Guide to the Galaxy comedy science fiction trilogy by Douglas Adams. DisasterArea started as a project in 2011. It is a UCI-protocol engine with a tentative rating of 2831 ELO. The engine uses SMP (max. 4 cores), Multi-PV (1 – 8 variants), hash up to 1 GB 32bit/ 16 GB 64bit, and state of the art search techniques. If the author Jochen Peussner continues developing the engine, DisasterArea certainly has a bright future on the computer chess scene.