The head of government visited the FIDE Women’s World Championship, which is ongoing in Krasnaya Polyana, Sochi, and heard about the idea of ​​organizing the World Robot Chess Championship.

“The idea of ​​holding the World Chess Championship for robots sounds very interesting to me,” – Medvedev said, adding that such event could be very attractive, particularly if the games are played in blitz format. 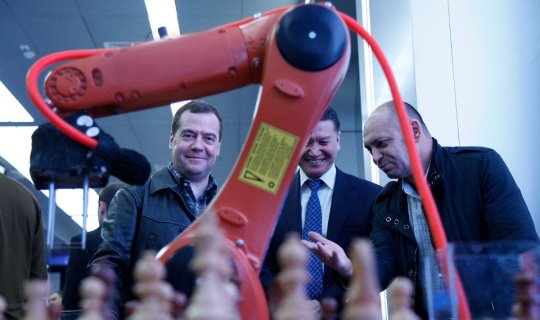 “Russia hosted the World Championship for men, now we have the same event for women, perhaps robots are next” – FIDE President Kirsan Ilyumzhinov said.

Dmitry Medvedev’s interest in technology is widely known. Last November he visited the World Robot Olympiad which was held in Sochi, concurrently with the FIDE World Championship Carlsen-Anand and in the same venue. 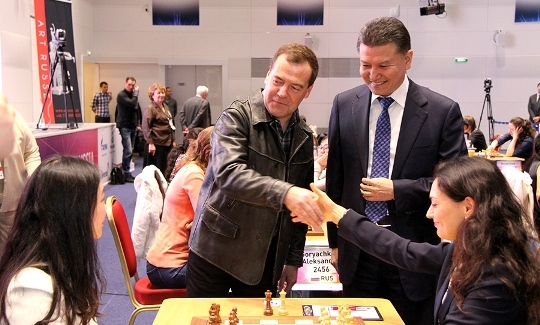