Press-Secretary of the Russian President and Chairman of RCF Board of Trustees Dmitry Peskov considers that the acting RCF President Andrey Filatov should be reelected for a new term.

On November 16, the RCF Supervisory Board decided to hold the RCF Presidential elections on February 3, 2018.

“In the recent four years an enormous work has been done to develop chess in Russia, and this is a great achievement of the acting RCF President Andrey Filatov”, says Dmitry Peskov. “The RCF Board of Trustees considers that Andrey Filatov should be re-elected”.

Earlier Andrey Filatov had announced that he would run for the next four-year term in the forthcoming elections. Mr. Filatov is ready to compete with FIDE President Kirsan Ilyumzhinov if the latter is going to put forward his candidacy for the office of the RCF President. 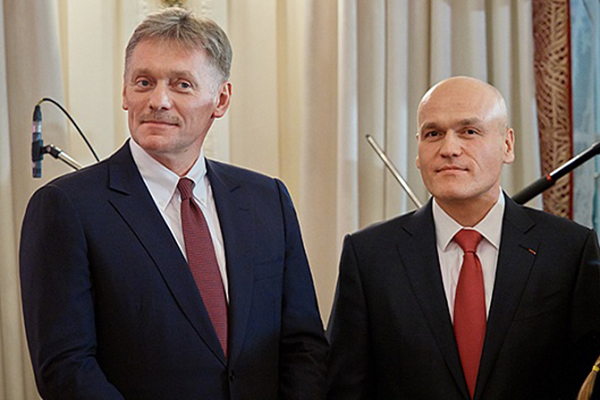