The documentary “”Mikhail Tal. From a distance.” by the award-winning director Stanislav Tokalov premiered on 31st March at the cinema Splendid Palace in Riga, Latvia.

In the film, which includes archive footage and present-day interviews, the author tries to explore the feelings associated with the 8th World Chess Champion.

“When he played chess he was very serious, he would turn into a beast, as he himself used to say. But in the real life he was nice and cheerful to all people, even if someone he didn’t like, he would never had shown it”, – recalled Valentin Kirillov, Tal’s coach, who knew him since childhood.

“For me this train – Tal, is a train that rushes, sweeps, passes over us and finally shatters into pieces,” the director said in an interview for rus.lsm.lv. 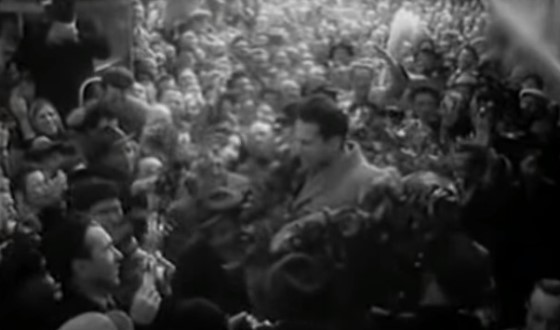