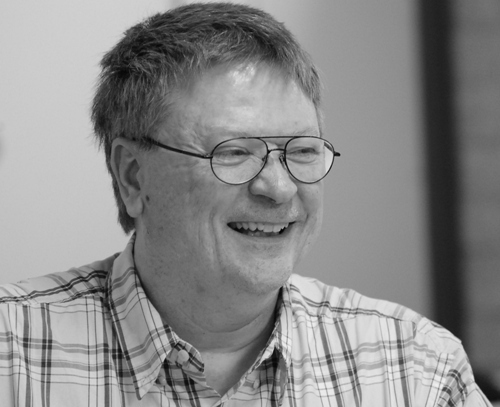 Don Dailey, author of the Komodo chess engine, has passed away after a long battle with Leukemia. He left this world November 22, 2013, in Roanoke, Virginia at age 57, just about the same time that Komodo pulled ahead of Stockfish by winning game 2 in the TCEC final.

Don started chess programming in the 80s, and was author and co-author of multiple commercial as well as academical chess programs. He has been active poster in computer chess forums and computer Go newsgroups. More about Don Dailey in this detailed wiki article

The work of Don Dailey will be continued by his partner Larry Kaufmann and the new addition to the team Mark Lefler.

Chessdom expresses deepest condolences to Don’s wife Mary, to his family, to his partners Mark and Larry, and to all his friends and Komodo fans.

Don Dailey, my partner in chess programs from RexChess to Komodo spanning a quarter of a century, died tonight in Roanoke Virginia at age 57 from Leukemia, just about the same time that Komodo pulled ahead of Stockfish by winning game 2 in the TCEC final. He no longer even recognized his own family on the final day, so he could not know about this, but was still somewhat lucid the day before, so he did understand that Komodo had made it to the final. He is survived by his wife Mary, one brother, and both of his parents. He was raised as a Jehovah’s Witness and served in recent years as an “elder” in the church.

Don’s life story is rather amazing. He grew up in relative poverty in Michigan, and never even graduated from high school (though he later got a General Education Diploma via a test). He taught himself how to program computers as well as how to play chess (his best rating was in Class A, somewhere around 1900 I believe). Despite the lack of formal education, by the mid 1990s he was the head of the computing department at M.I.T. (!!!!). Probably they never imagined he had so little formal education. It is a curious coincidence that Don had this job, that I was an M.I.T. graduate, and that Vasik Rajlich whom I worked with on Rybka 3 was also an M.I.T. graduate. It is likely that Vasik and Don interacted at the computer dept. there, although neither remembered knowing the other back then.

I first met Don in the late 1980s. He had written his own chess program and competed with it, although it was not yet very strong. His chess advisor was the notorious Sam Sloan who happened to be living in the Roanoke area where Don had settled. That didn’t last too long, not surprising considering Don’s strong ethics and Sloan’s reputation. When Sam had to flee the country to avoid prosecution he introduced Don to me, and I took over as the chess advisor. Soon I persuaded Don to move to Florida where I then lived to devote himself full time to computer chess, and we developed Rexchess, Socrates, and (with Julio Kaplan) Kasparov’s Gambit. Then Don took the M.I.T. job and moved to Boston, later moving on to a position with a tech startup. He told me that the stock they gave him was on paper worth five million dollars at one time, but he couldn’t yet sell it, and the 2001 tech crash nearly wiped out his equity. About that time he married Mary and they moved back to his favorite Roanoke, a major center for Jehovah’s Witnesses. He made a living doing a variety of programming jobs for most of that decade. Then we got in touch again, Don expressed an interest in writing a new chess program, and I agreed to help him although at the time I was still working on Rybka, Vasik having no objection. Neither of us imagined that it would become a threat to Rybka’s primacy, but events showed otherwise. After my Rybka work concluded we decided to aim for a commercial product. After a while I agreed to subsidize Don so he could devote full time to Komodo until it went on sale. But about the same time he learned that he had a terminal illness which would become a fatal Leukemia after a few years. He never really made a living from Komodo until the final months of his life, but was able to get by due to very low cost of living in Roanoke, some savings from the tech days, and his wife having a job. He certainly could have made far more money doing business programming, but he wanted to do what he loved more than he wanted material possessions.

At least Don lived to see Komodo surpass Houdini in every stage of TCEC, although whether Komodo or Stockfish is the new number one is yet to be determined. During the last weeks of his life, following TCEC was a prime interest for him.

Good Bye Don, Mark and I will do our best to see that your brainchild Komodo continues to improve and give chessplayers around the world much joy.