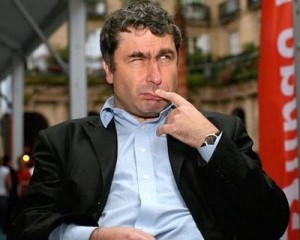 Gibraltar chess tournament round 7 is currently in progress. The event is already in advanced stage and some of the most exciting games are being played today. One of the top encounters of the day is the game between the top seeded Vassily Ivanchuk and the co-leader Le Quang Liem.

Ivanchuk and Le Quang Liem played an exchange variation of the Slav defense. At move 14 the players shook hand for a draw. That would have been perfectly fine, if there were not rules in Gibraltar expecting players to complete 30 moves.

This is not the first case of under 30 moves game in Gibraltar. It has happened earlier at lower boards and the players were given the option to start over the game or they were forfeited.

A similar situation occurred with Ivanchuk and Le Quang Liem. In live commentary Simon Williams and Irina Krush reported that after a discussion with the arbiters and the organizers, they were given the option to replay the game.

Simon Williams and Irina Krush report in the Gibraltar live commentary that Le Quang Liem has actually gone to his room.

GM Conquest updated on the situation, “The initial problem started when Ivanchuk and Le Quang Liem agreed to a draw and signed the score sheet without the presence of an arbiter. Therefore, no one warned them not to agree on a draw as it is forbidden before move 30. So they just went to their rooms.”

He continued, “We had a long talk with them and they stated that even though the rule is mentioned in the regulations, it was never announced before the rounds. And they are right about that, so tomorrow we will make the reminder to all players at the start of the round.”

A politically correct situation was reached, leaving the score as draw. GM Conquest said, “It is like a first warning and we do not want to upset the players”. He also added, “The great news is Ivanchuk has agreed to give a master class for the audience at 9 o’clock local time”

Here is the early draw game of Ivanchuk and Le Quang Liem. All other games currently live here