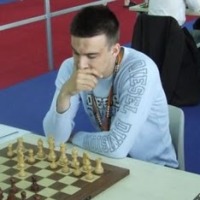 After two years of waiting and hoping, GM Dušan Popović was finally subjected to kidney transplantation this Wednesday in Moscow, Serbia Chess Federation announced on its website. The surgery preparation lasted for almost three months, as Dušan flew to Moscow in late January this year.

Once again thanks to the international chess community and everyone who had helped collecting the funds necessary for the transplantation. The cause was supported by the World Chess Champion Vishy Anand, Alexei Shirov, former Women World Champion Susan Polgar, American radio personality Howard Stern, Internet Chess Club and Magnus Carlsen, among many other good people.

We wish him quick recovery and express return to chess arena.