The Board meeting of the European Chess Union was held this weekend, 12-13 June, in the capital of Romania – the city of Bucharest.

The ECU Board meeting concluded with important decisions, which will be communicated by the next ECU Circular Letter. 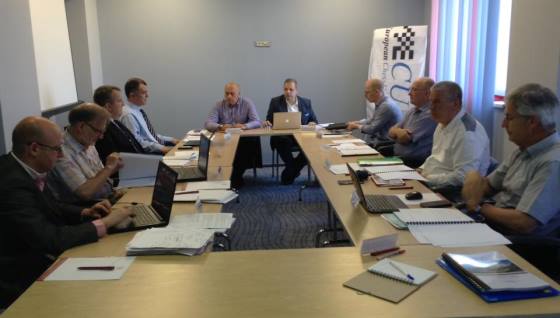 Mr. Azmaipairashvili and the ECU Deputy President, Mr. Ion Dobronauteanu had a number of meetings in Bucharest on the occasion of the ECU Board Meeting.

The first meeting was with the Minister of Education, Prof. Sorin Campeanu. Prof. Campeanu stated that he is a chess fan and he looks to extend the introduction of chess on schools for the 5-8 classes.

Followed the meeting with the Deputy Minister of Sports Ministry, Mrs. Carmen Tocala, who expressed her appreciation in regards to the Romanian chess and the government will to support the organisation of the international sport events in Romania. 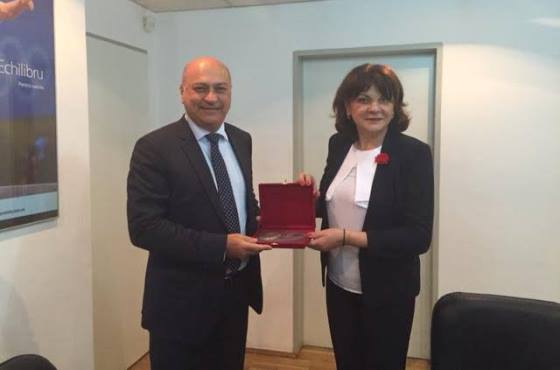 The meetings of 1st day concluded with the Rector of National Sports University from Bucharest, Prof. Viorel Cojocaru, on the occasion of signing the cooperation protocol between Romanian Chess Federation and the University regarding professional qualification and training for teachers, students and chess trainers, with the following practical goals: for organizing master classes for graduated teachers, for introducing a 1 semester chess course during university studies and introducing the chess especially for chess trainers with secondary education in the Trainers School. 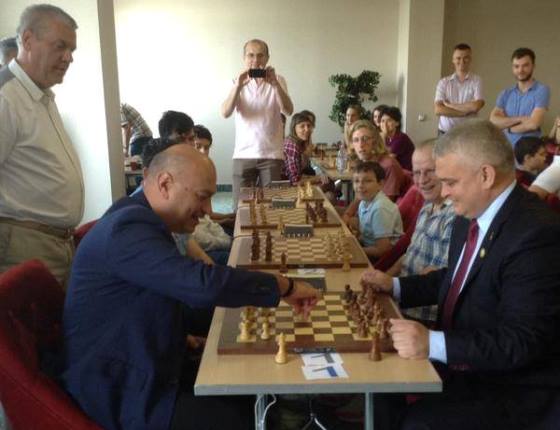