Sanan Sjugirov won the Cappelle La Grande International Open after edging the seven players that obtained the same 7/9 score in the tie-breaks criteria.

The important games of the last round at finished rather quickly. All the leaders from the eigth round signed draws in 21 moves or less. Three players took this opportunity to reach them in the standings with 7 points.

Eric Hansen crashed Evgeny Voriobov with the black pieces. The Canadian GM obtained a passed pawn on the d-file and used it as his main weapon to distract his opponent’s pieces, which ended up quite uncoordinated. When Voriobov managed to deal with this strong pawn, Hansen used his other asset in the position – the a-pawn – to get the win and a share of first place. 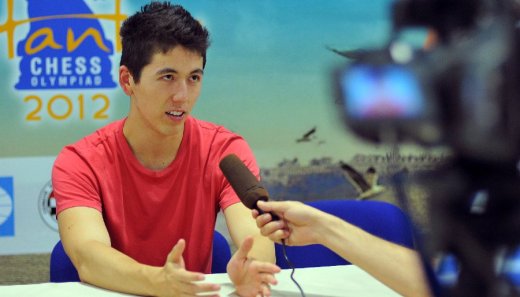 Yuri Vovk took a lot longer to defeat Maxime Lagarde. The Ukrainian played with white and got this important win thanks to his superior endgame technique. He played slowly in the middlegame and gained a pawn; this advantage did not seem to be enough in the rook and knight endgame, but Lagarde went astray and Vovk got the full point on move 71.

Vlad-Cristian Jianu is probably the most surprising member of the leading group. The Romanian GM obtained his important seventh point by winning his game against Vladimir Burmakin. Jianu took advantage of a blunder committed by the Russian on move 36. 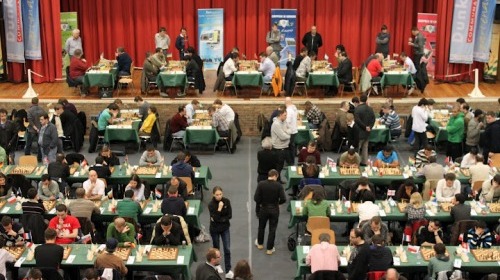 The next edition, that will mark the 30th anniversary of the tournament, will take place on 1st – 8th March 2014.

This massive tournament gives the players a big opportunity to get norms. Below, we present a list of all the norm winners: