The Master Section was won by Californian International Master, Enrico Sevillano, who finished in clear first with 4½/5. Sevillano gave up a draw in round 1 but then went on to win all his remaining games to claim the $1870 1st prize plus the clear first bonus of $93 for a grand total of $1963 for his weekend’s work.

Sevillano was recently winner in the 15th Metropolitan Chess FIDE Invitational and runner-up in the 3rd Annual Golden State Open.

IM’s Roman Yankovsky and Zhanibek Amanov finished in 2nd/3rd with 4/5 while GM Melik Khachiyan, IM David Pruess and FM Gregg Small were a further half point behind. Small’s finish netted him the top U2300 prize.

The event had 7 sections: Master, Expert, Class A, Class B, Class C, Class D and Class E. All sections were 5-round Swiss tournaments having 3-day and 2-day schedules to play in. Standings on the official website.

Agoura Hills is a city in Los Angeles County, California, with the population of 20,330. It is located in the eastern Conejo Valley between the Simi Hills and the Santa Monica Mountains. 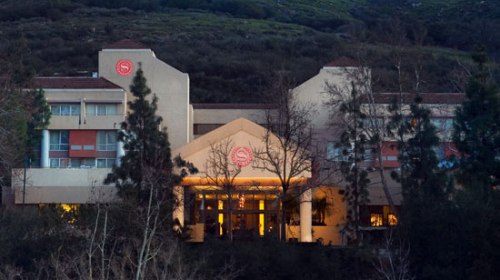