The 60 Minutes team discovers that Dr. B’s chess lessons are about more than kings and queens. They’re about winning graciously — and learning from losing.

“Franklin Country is one of those places where, if you’re an out-of-towner, you’re going to be spotted pretty quickly,” says 60 Minutes producer Laura Dodd. She co-produced this week’s 60 Minutes story about what happened after Jeff Bulington arrived — and the impact he’s had on the community.

Here’s this stranger coming in — nobody really knows who he is — to teach their kids chess,” correspondent Sharyn Alfonsi tells 60 Minutes Overtime’s Ann Silvio in the video above. “Everybody thought, like, ‘What’s this guy about?’”

But Bulington had a plan. 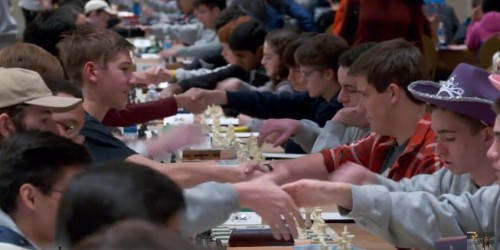 A wealthy benefactor, who wishes to remain anonymous, lured Bulington and his chess skills to Franklin County. He had seen how Bulington molded chess champions in Memphis, and he hoped to see the same success brought to Mississippi. He thought maybe a dozen kids would be interested.

A year-and-a-half later, Bulington, or “Dr. B” as he’s known in town, is now teaching hundreds of Franklin County kids, showing them so much more than chess.

Chess has helped Bulington’s players see there’s more to themselves than they saw before.