The main tournaments of the Moscow Open – RSSU Cup entered their second half today. Only two participants of the competitions scored a perfect 100% result so far.

Russian Ernesto Inarkiev won five times in a row in the Men’s Cup of Russia Stage. He defeated Anton Korobov (Ukraine) in the last round and is the only leader of the tournament.

Russian Ian Nepomniachtchi and Boris Grachev, Xiu Deshun (China) and Rauf Mamedov (Azerbaijan) with half a point less remain behind the leader. 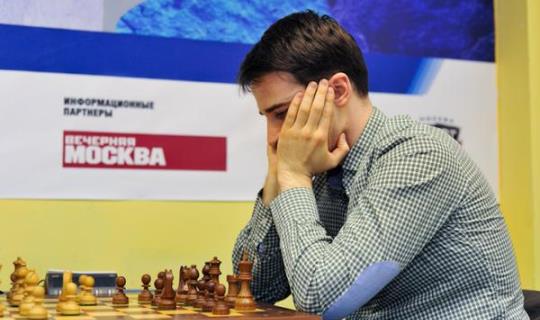 Aleksandra Goryachkina and Elmira Mirzoeva share the leadership in the Women’s Cup of Russia Stage with 4,5 points each. This round Goryachkina finished in a draw with Lei Tingjie (China), while Mirzoeva beat Guliskhan Nakhbayeva (Kazakhstan). 18 chess players, having half a point less, follow the leader.

The leaders save their positions in the A. Pochinok Memorial Student Grandmaster Tournaments. Samvel Ter-Sahakyan with 4 points is at the head of the Men’s tournament bracket. Daniil Dubov (Russia) and Daniel Sadzikowski (Poland) are half a point behind him.

Irine Kharisma Sukandar strengthened her leading position in the Women’s Student Grandmaster Cup. The Indonesian player has 4,5 points after the win over Gunay Mammdzada (Azerbaijan) in the Round 5. Russian Alina Kashlinskaya with 3,5 points is occupying the second position.

In the Amateurs’ Tournament the first place is divided between Russians Grigory Malyshev and Sergey Galakhov. Each of them has 5 points. Seven players are half a step behind.