The defending champion in the Women section, Russia, easily dispatched Israel by 3-1 thanks to the quick victories by Kosintseva sisters. The 2nd seeded Ukraine had to work harder as the hosting team of Greece pulled a strong resistance. Mariya Muzychuk eventually secured a narrow victory for Ukraine.

Georgia won the local derby against Azerbaijan, while Bulgaria, even with the best player Antoaneta Stefanova resting, defeated England by 3-1.

Replay all games of the round here / Photos of round 1

Great drama was seen in the match between Czech Republic and Armenia. The 18th-seeded team quickly neutralised opponent’s white pieces and then proceeded to assume the lead thanks to WIM Kristyna Havlikova. With such development, Armenia’s top board GM Elina Danielian had to push for six hours to finally defeat WGM Eva Kulovana and even the score. 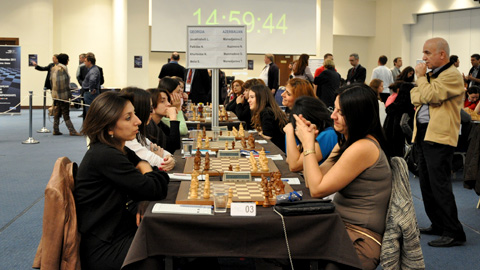 Possibly the greatest upset was caused by the modest girls from Switzerland led by the captain GM Mihajlo Stojanovic. Despite the loss on the first board, they managed to turn the tide and beat the favoured Slovenia by 2.5-1.5. 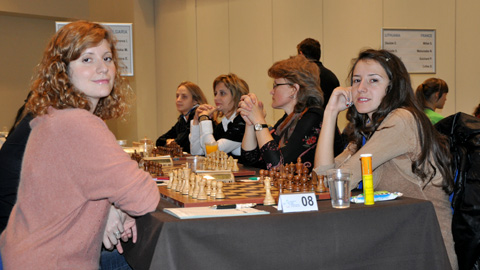 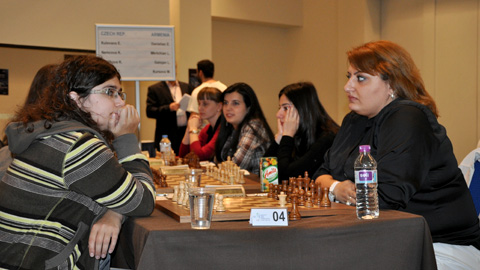 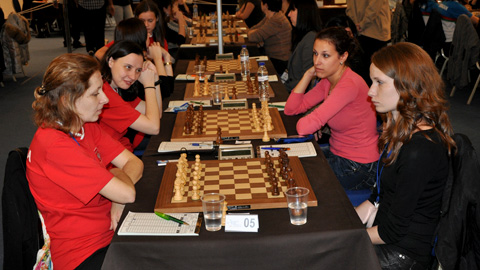 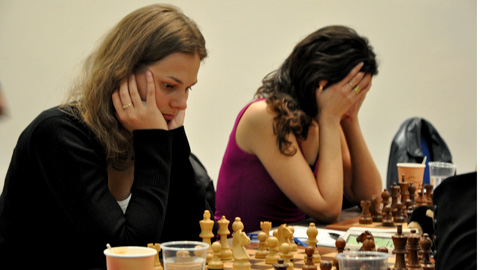 Beautiful wheather and exciting games at the start of the ETCC
Padmini upsets Tania, moves into sole lead in the Velammal 38th National Women Premier Chess Championship
To Top