Croatia excelled once again, defeating Germany 2,5-1,5 to move into the sole lead in the Open section. The hero, for the second day in a row, was Marin Bosiocic winning against Matthias Bluebaum.

On the top board Hungary and Armenia played a peaceful tie 2-2 with four draws, thus falling one point behind the leader.

Russia bounced back after yesterday’s setback with a convincing 3,5-0,5 victory against Turkey. Poland and Azerbaijan signed the confident 3-1 against Belarus and Czech Republic, respectively. 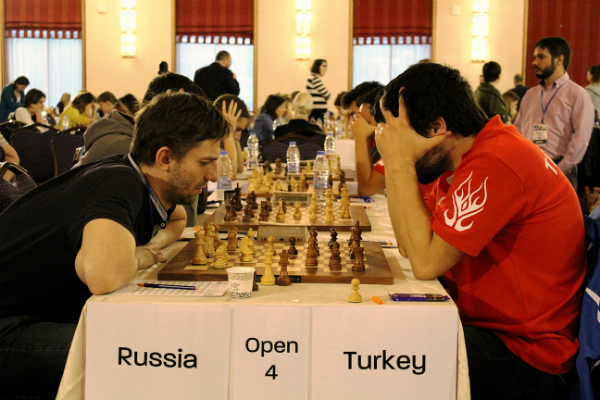 In an exciting match France edged Serbia 2,5-1,5, and Israel scored the same narrow win against Georgia thanks to Maxim Rodshtein.

Romania won both games with white pieces to shock the higher rated Netherlands, while Italy’s luck ran out as they went down 0,5-3,5 to Ukraine.

Thursday is a rest day and the action continues on 3rd November. Top round 6 pairings are Hungary – Croatia, Poland – Russia, Armenia – Azerbaijan and Romania – Israel. 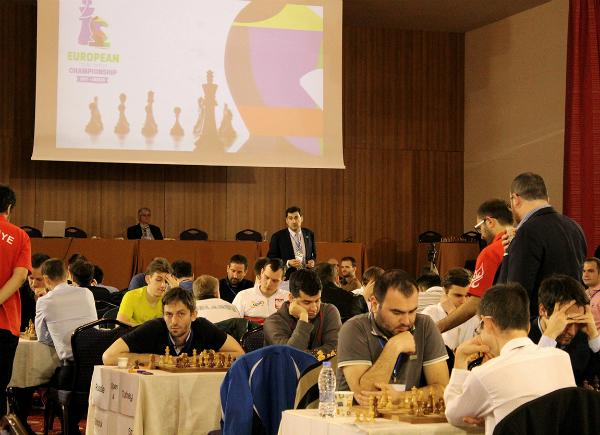 Russia maintained the perfect score in the Women’s section after walking past Spain by 3-1. Lagno and Goryachkina delivered full points with black pieces.

On the second table Italy and Poland produced four draws, but on the third Georgia demolished the neighbors from Armenia with a telling 4-0 score.

Ukraine defeated France with an effort of the lower boards, while Turkey edged Slovenia by 2,5-1,5. Germany lost to Romania by the same score, despite Paehtz’s victory against Bulmaga. 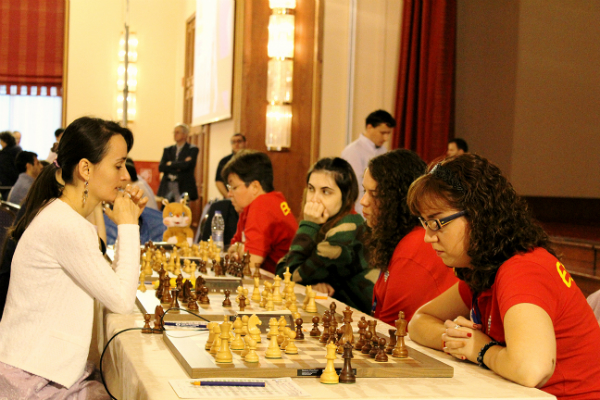 Azerbaijan leader Zeinab Mamedjarova scored the sole win in the match against Israel to bring two valuable points to her team. 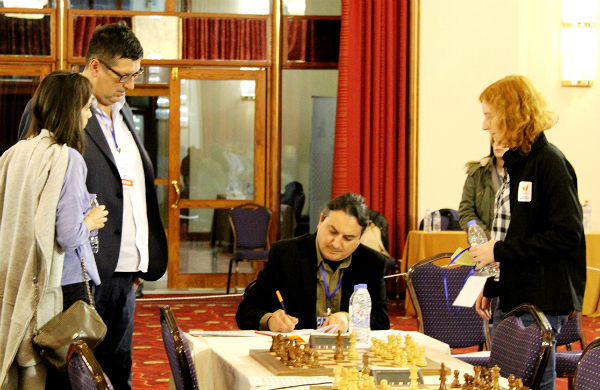