After the short leisure time, teams continued the struggles for the title of European Team Chess Champion. Hungary excelled in 6th round and by defeating Croatia, with a result 3.5-0.5, overtook the leadership.

Defending Champion and top seeded Russia came back to the top of the list with same match points but lower tie-breaks than Hungary, by beating Poland thanks to the victory of Nepomniachtchi Ian (RUS, 2733), while the other games ended in a peaceful manner.

In another top match, Azerbaijan scored narrow win against Armenia thanks to the victories of Radjabov Teimour (AZE, 2741) and Mamedov Rauf (AZE, 2678), while Mamedyarov Shakhriyar (AZE, 2791) suffered defeat against Aronian Levon (ARM, 2801). 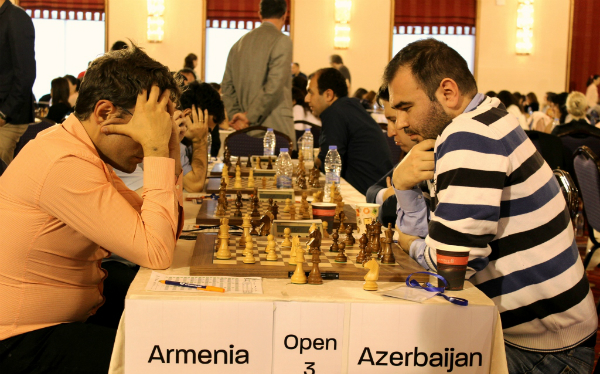 In even five matches teams traded a pair of victories to finish in a tie result 2-2, among them: Romania-Israel, Germany-Turkey, Belarus-England and Spain-Slovenia, while Ukraine beat France thanks to the triumph on the top board of Eljanov Pavel (UKR, 2720) against Edouard Romain (FRA, 2607).

Only three rounds left to be played, and the top pairings of the 7th round are: Azerbaijan-Hungary, Croatia-Russia, Ukraine-Romania. 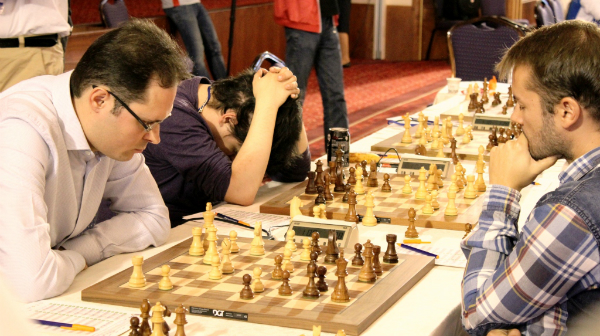 In Women’s section, Russia maintained sole leadership after very intense match played against Poland, which ended in a tie without a single decisive game.

One of the derby matches of the 6th round, played between second and third seeded Georgia and Ukraine, finished with a victory of Georgian ladies thanks to the Batsiashvili Nino (GEO, 2472) who scored against Zhukova Natalia (UKR, 2426).

Italy and Spain overwhelmed Turkey and Belarus respectively with score 3-1 and leaped on the top to be tied for the third place together with Poland. 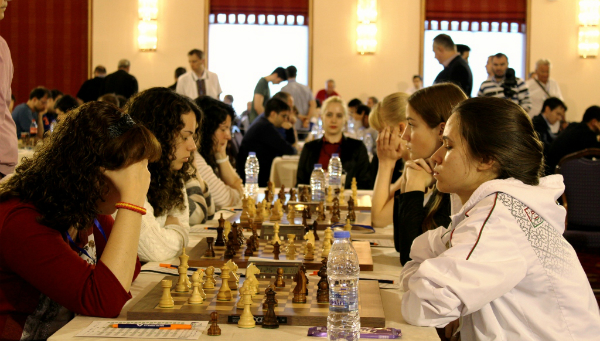 Meanwhile, Romania conquered against Azerbaijan with a minimum result 2.5-1.5, while Hungary admitted defeat by the lower rated Armenia.

Top pairings of the 7th round in Women’s section are: Russia-Italy, Spain-Georgia and Ukraine-Poland.

Seventh round will be played today, as usual at 15:00 (local time), and live broadcast of all the games can be followed in the LIVE section. 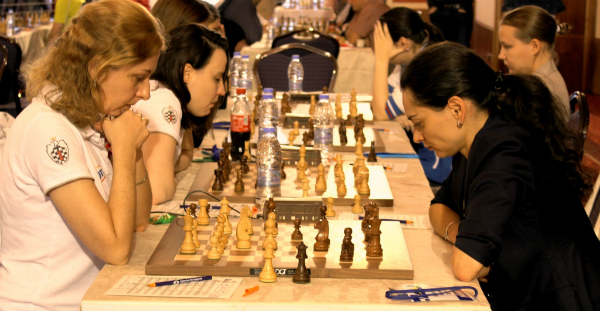 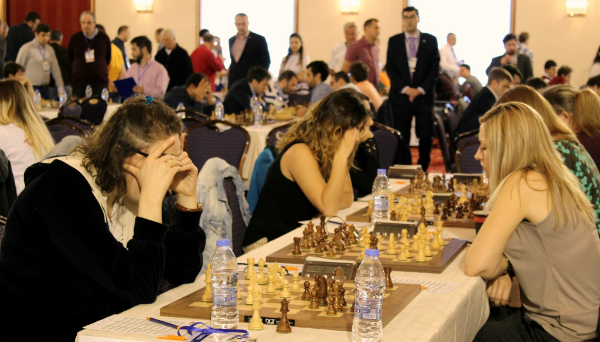