Russia crushed Turkey to claim another team gold medal in the Women’s section of the European Team Chess Championship, and all this with a round to spare.

At the same time the nearest follower Georgia stumbled in the match against Poland. Wins by Jolanta Zawadzka and Karina Szczepkowska secured overall 3-1 for Polish ladies.

Italy and Romania exchanged a pair of victories to finally draw the match. The same scenario was seen in the match Serbia – Netherlands. 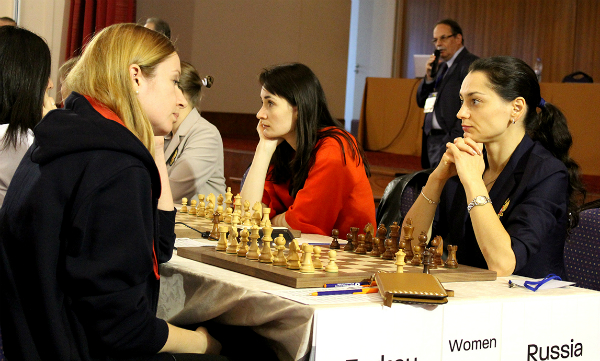 Ukraine scored an all-important win 2,5-1,5 versus Spain. Zhukova and Gaponenko won for Ukraine, while Matnadze earned a point for Spain, all three with black pieces.

In similar fashion Armenia won against Czech Republic, same score and points with black pieces by Danielian and Galojan. Azerbaijan surged ahead with a sound 3-1 victory over France.

It will be an exciting fight for silver and bronze medals as Georgia and Poland share the second place with 12 points each, while Ukraine and Armenia are half a point behind. 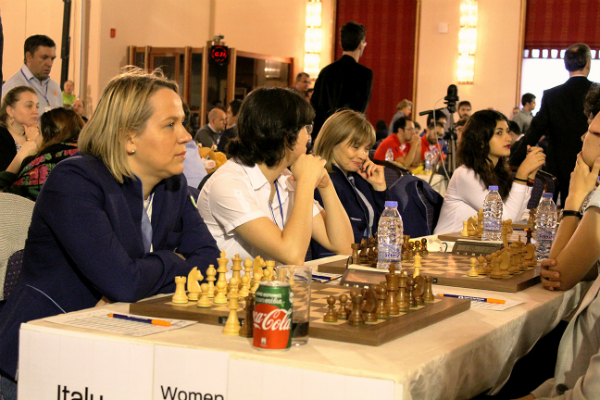 In the Open section Azerbaijan signed a huge 3-1 victory against Russia to jump ahead of the opponent and grab the top position: Grischuk-Mamedyarov 0-1, Nepomniachtchi-Radjabov 0-1, Matlakov-Naiditsch 1-0, Dubov-Mamedov 0-1. 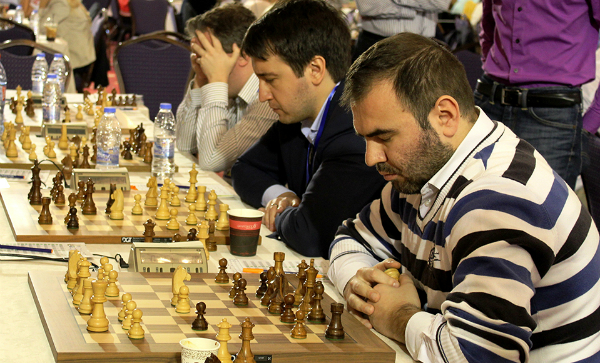 Ukraine caught up with Russia on the shared second place after winning against Hungary 2,5-1,5. The decisive point was delivered by Martyn Kravtsiv.

Germany beat Israel 3-1 thanks to the wins of Meier and Svane with white pieces. Turkey edged Netherlands with Emre Can’s effort on the third board.

On the next three tables Croatia, Romania and England narrowly defeated France, Serbia and Greece 1, respectively. 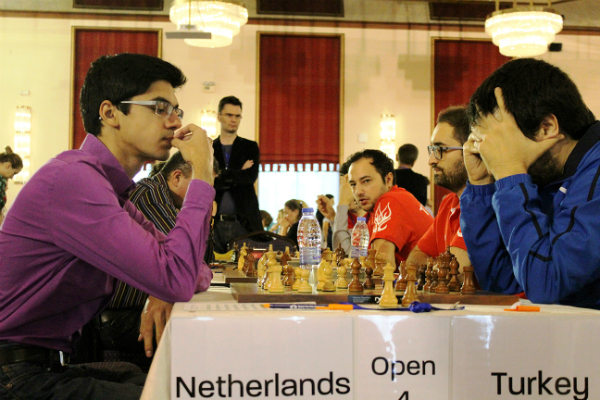 Armenia and Poland split the points, while Spain crushed Georgia 3,5-0,5. The same victory was scored by Belarus in the clash with Austria.