404 international players from 60 clubs and 31 European federations have registered to compete at the European Chess Club Cup, which will take place in Bilbao from 14 to 20 September 2014.

The so-called Champions League of chess will be held simultaneously with the 7th Grand Slam Masters Final at the Euskalduna Conference Centre at a double event that will turn the capital of Biscay into the world capital of this sport by bringing together most top-50 world chess players. Chess lovers will be able to attend this great sports event for free.

Picking up the baton of international promotion of the city from the Basketball World Cup, this event will host the best international chess games and it is expected that it will have about a thousand visitors in total through the eight days of its duration, among which there will be players, federation members, and chess aficionados coming from 30 European countries.

“This is a very unique event in world chess, as well as in the area of finance and promotion of the city, since there are very few events that bring together as many visitors from different countries during as many days as Bilbao Chess 2014, which includes the European Club Cup and the Masters Final”, declared Director General of both competitions Andoni Madariaga. 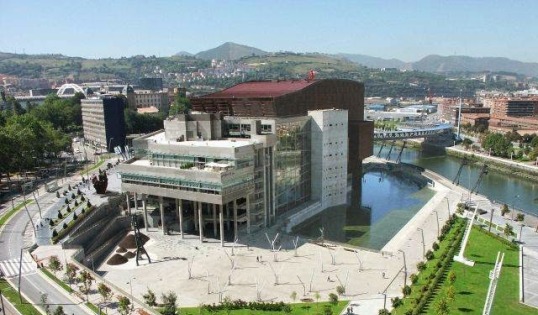 The clubs were classified following ranking order of each federation, and so the best two Basque clubs, Sestao from Biscay and Gros from Gipuzkoa, Spanish champion and runner-up respectively, will participate in the men championship. The third Spanish club to participate will be Solvay from Cantabria.

Among the numerous participants will be the European cup holder G-Team Novy Bor from the Czech Republic, who surprised everyone by winning the title last year in Rhodes (Greece), beating the favorites Socar from Azerbaijan and Malakhite from Russia, who had some of the world top players.

The Russian team had grandmasters such as young Sergey Karjakin and world elite veterans Alexander Morozevich and Alexander Grischuk, while the club from Azerbaijan had stars such as Fabiano Caruana, Veselin Topalov, Shakhriyar Mamedyarov or Gata Kamsky. Finally, Malakhite occupied second place and Socar third.

These three clubs have confirmed their participation in Bilbao and are the initial favorites to win the Champions League of European chess in the men championship, although the lineups are still not final since all clubs have until the end of August to complete their formations.

Another strong lineup this year is that of the Italian team Obiettivo Risarcimento. It is composed, among others, by young international chess stars Fabiano Caruana and Maxime Vachier-Lagrave, as well as Hikaru Nakamura from the US. The three of them are in the world top ten and have competed in previous editions of the Bilbao Masters Final.

However, and although there is still time for clubs to recruit big chess international figures, some have already signed contracts with some of the highest-rated players in the world. Among them are Michael Adams from the UK, who will replace Caruana in Socar. The club will keep Mamedyarov and Topalov, while Karjakin and Grischuk will lead the lineup of Malakhite once more.

Morozevich will play for SHSM from Moscow, and twice world runner-up Kamsky has joined Russian Ladya.

In the women championship, the participation of the world’s best female chess player, Yifan Hou, has been confirmed.

Spanish club cup holder Sestao made a big move in the spring by recruiting 18-year-old grandmaster David Anton, who is European runner-up and World U-18 runner-up. Gros, from San Sebastian, will have Santiago Gonzalez de la Torre, the best Basque player in the last few years.

This constellation of chess stars will be joined in time and space, from 14 to 20 September at Euskalduna Barria, by the four contenders of the 7th Grand Slam Masters Final, the two world champions Viswanathan Anand and Ruslan Ponomariov, Olympic cup holder Levon Aronian, and Spanish top player Francisco Vallejo.

The European Club Cup will follow the so-called Swiss System, included in FIDE regulations. Each team is represented by six players and the pairings will be determined on the first day.

These simultaneous events will share dates and venue, and they will gather in the capital of Biscay most of the top 50 world chess players. This will turn Bilbao into the world epicenter of the sport.