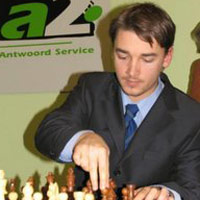 Russian star Alexander Morozevich, currently on the second place of FIDE rating list, will play on the first board for the club Bosna in the forthcoming European Club Cup that starts next month in Kallithea, Greece. Morozevich earlier represented Tomsk 400, but this year the Russian club is not playing in the continental championship.

Bosna Sarajevo (BiH) are the team to hold the most titles from the European Club Chess Championships. They have won the trophy on four occasions – 1994, 1999, 2000, and 2002. The last title comes exactly from the site of this year’s ECC – Kallithea, Greece.