The Turkish Chess Federation, by the sponsorship and support of Gaziantep Metropolitan Municipality, under the auspices of the City of Gaziantep and the European Chess Union, has provided the prize fund of 150.000 EUR for all three events. This is the biggest prize fund in the history of European Women Chess events.

Also for the first time the European Women Champion will get the higher prize (20,500 EUR) compared to the winner of the European Individual Championship, which will be held later this month in Plovdiv. 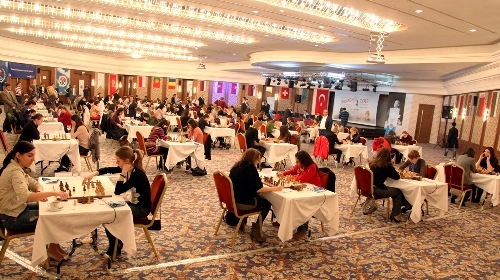 During the technical meeting, which was held before the opening ceremony, the top seeded player Anna Muzychuk selected Black pieces in the first round.

The opening ceremony of the European Individual Women Championship took place in the Zeugma Museum on the 2nd of March 2012.

The inaugural games appeared not to be easy for the favourites and the first round brought some surprising results. The Georgian top women players had a bad day as the second seeded Nana Dzagnidze was defeated by WIM Gulnar Mammadova, as well as another top player Bela Khotenashvili who lost the game against Inna Ivakhinova. 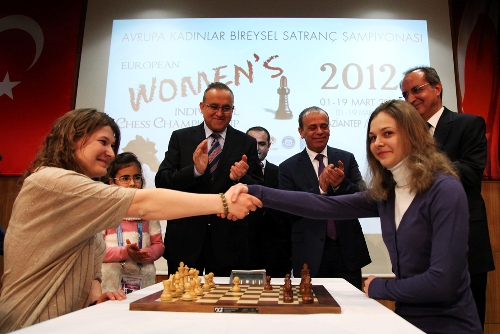 A handshake between Anna Muzychuk and Anastasiya Savina

The rating favorite Anna Muzychuk could have lost her game as well but was lucky to survive against the Russian Anastasia Savina, who got winning position, but let her advantage slip away in the time trouble.

Replay the games from the first round

Mariya Muzychuk, as well as another Ukrainian GM Katerina Lahno, played against Mamedjarova’s sisters from Azerbaijan but could not take more than 50% as well. The most of other rating favorites managed to win in the first round. 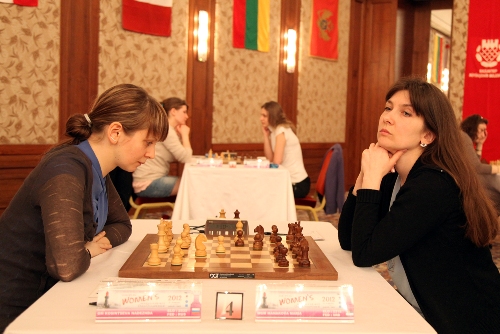 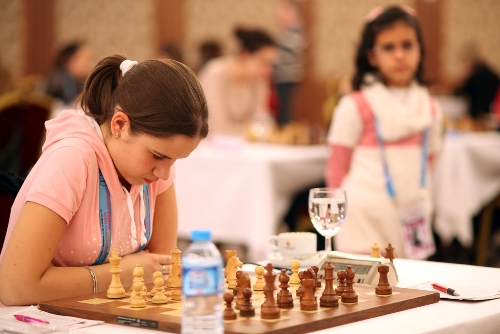 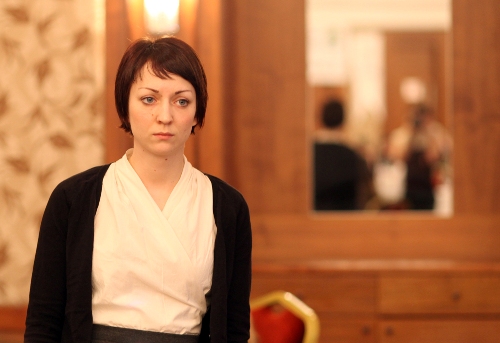 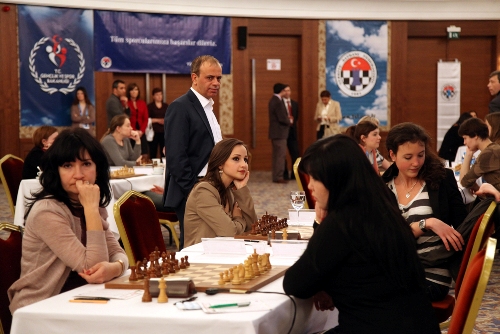