The second round of the 2012 European Individual Women Chess Championship was played on 3rd March in Gaziantep, Turkey.

Before the games start FIDE Vice-President and the President of TCF Ali Nihat Yazici made an announcement: “The Chairman of the FIDE Qualification Commission Mr. Mikko Markkula has passed away. He was a good friend of ours.” All players stood up for one minute of silence.

In the second round Nadezhda Kosintseva, who moved to the top board after Anna Muzychuk was held to a draw yesterday, unexpectedly lost the game against Sopiko Guramishvili. She had a clear advantage but a couple of inaccurate moves tipped the scales in favor of the Georgian player. 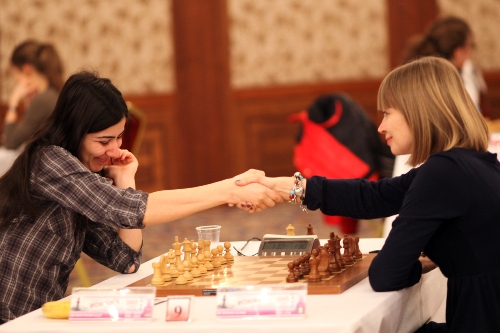 Lilit Mkrtchian and Elena Sedina starting the round

The rating favorite of another game, Elisabeth Paehtz, decided to sacrifice a piece in an equal position against Jovana Vojinovic, but missed a simple reply that rendered black’s idea harmless. Vojinovic proceeded to convert the material advantage.

The defending champion Viktorija Cmilyte scored another victory although her opponent Jolanta Zawadzka had a good compensation after the fine exchange sacrifice in the opening. 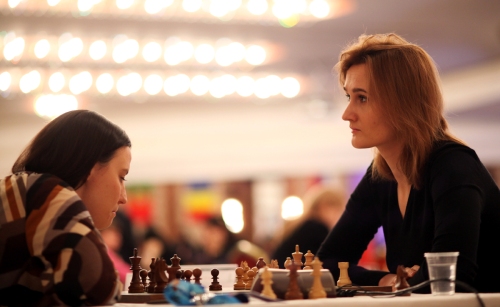 Azeri player Gulnar Mammadova, who stunned Nana Dzagnidze in the first round, continued her winning march – in the second round she defeated Eva Repkova. 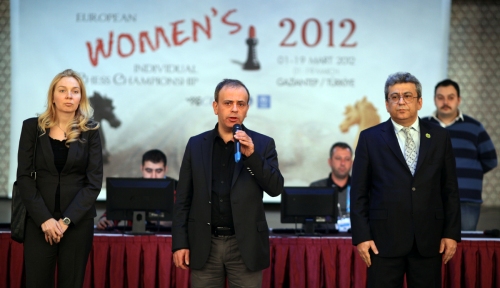 The announcement of sad news 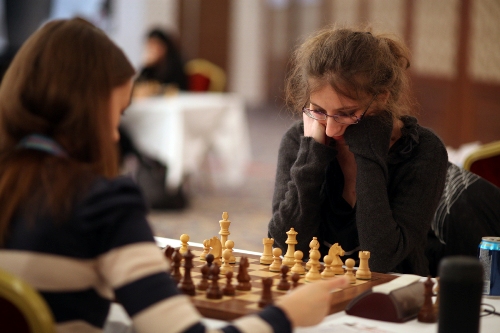 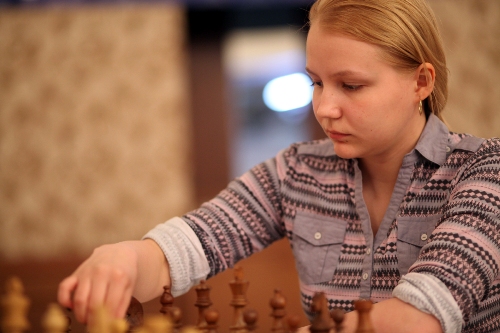 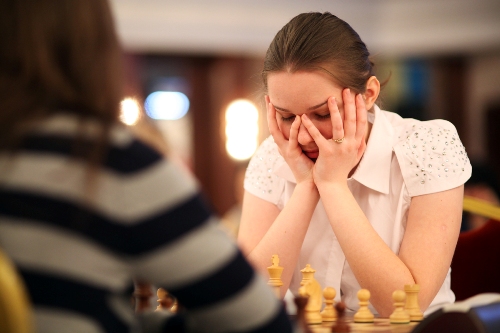 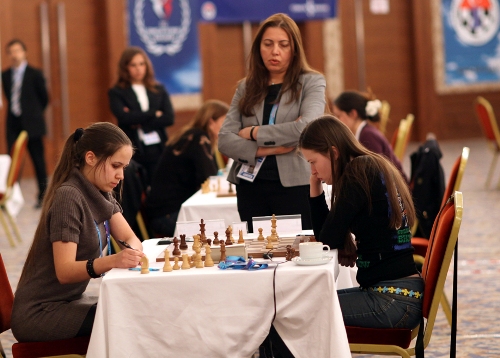 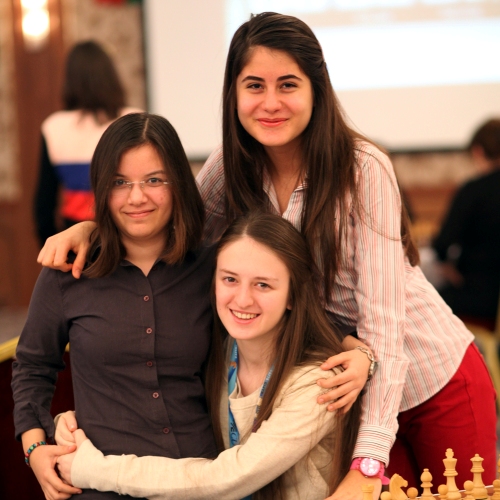