In the fourth round clash between the leaders, Marie Sebag edged the reigning champion Viktorija Cmilyte and moved into the sole lead with perfect score.

Romanian champion Cristina-Adela Foisor was slowed down with a draw against the former World champion Antoaneta Stefanova. 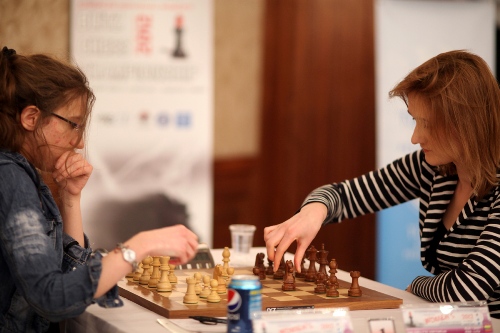 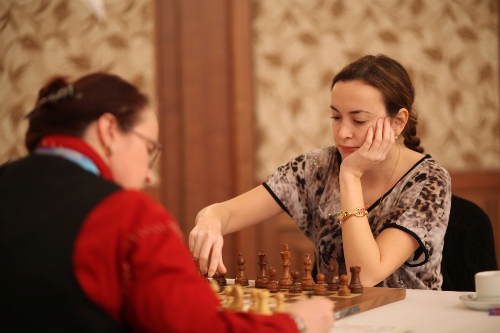 Valentina Gunina, Nastassia Ziaziulkina, Nino Khurtsidze, Thanh Trang Hoang, Zoya Schlening all won their games and share the second place half a point behind of Sebag.

Betul Yildiz and Elina Danielian played an attention-grabbing game. After an interesting theoretical battle in the French defence white emerged with the winning ending but didn’t play precisely and even run into the lost position. Danielian then missed a nice in-between move and finally the score was settled with a draw. 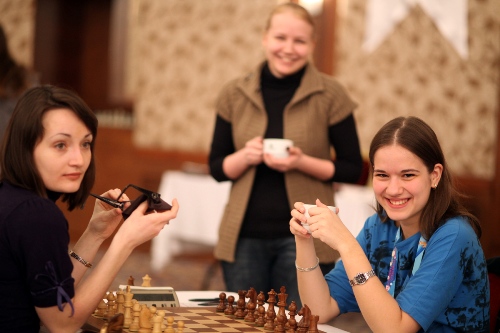 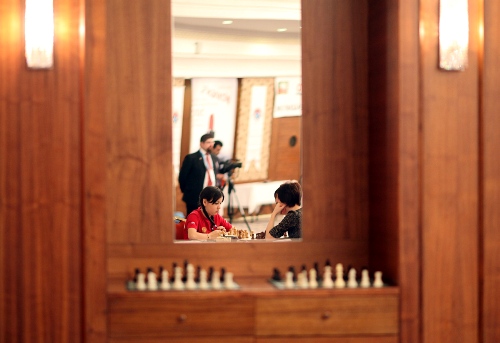 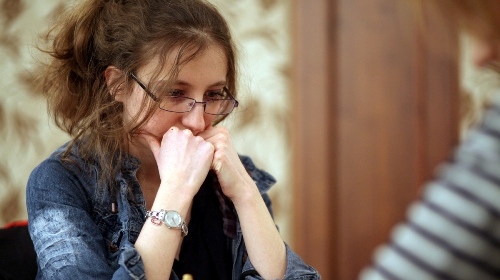 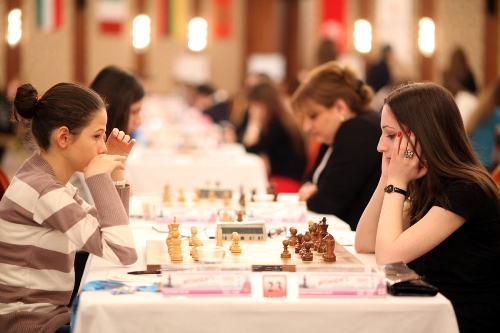 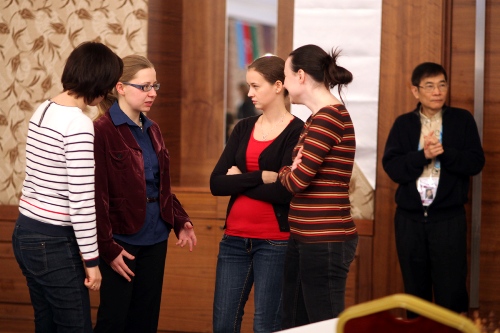 Players in a friendly chat