In the 5th round Marie Sebag from France, until then with a perfect score, conceded the first draw to Valentina Gunina from Russia.

Sebag was immediately caught on the top by Cristina-Adela Foisor who defeated Nino Khurtsidze. Georgian player blundered a whole rook in one move in an equal endgame and had to resign immediately. 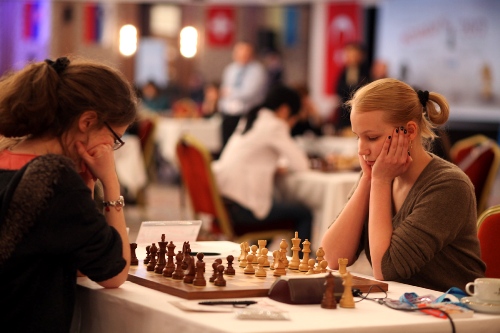 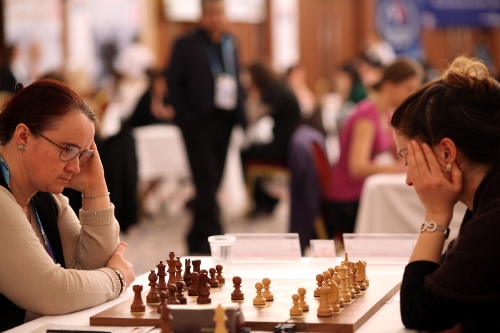 Thanh Trang Hoang became the third leader as she proved to be stronger in the game against Nastassia Ziaziulkina. Ziaziulkina even run into (or allowed) the back-rank checkmate.

The defending champion Viktorija Cmilyte recovered quickly after the yesterdays loss and took a full point in the game against Gulnar Mammadova.

Six players have 4 points each and share the fourth place half a point behind the leading pack.

Players from top ten, Nana Dzagnidze and Nadezhda Kosintseva, still can not improve their tournament situation. 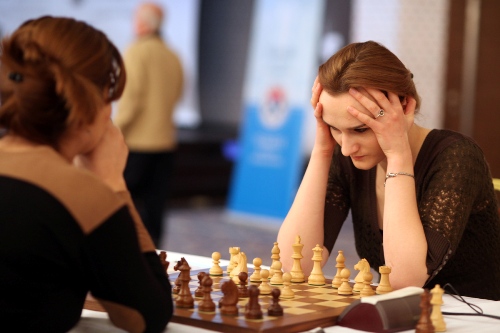 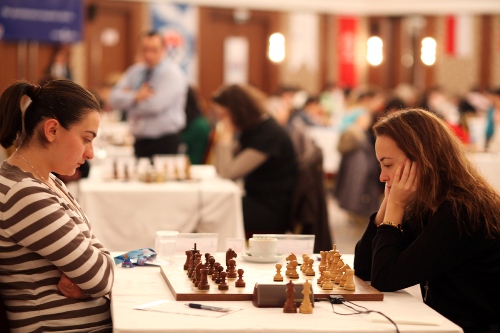 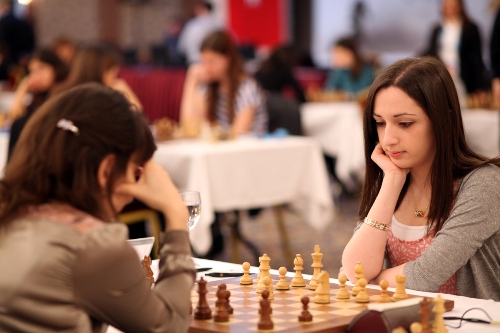 Georgian players Lela Javakhishvili and Nazi Paikidze made a draw 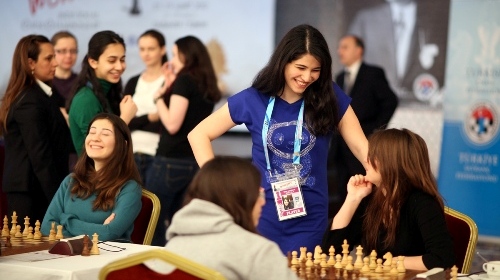