GM Hoang Thanh Trang scored a victory in the sixth round and moved into the sole lead with 5.5 points. Her opponent Olga Girya decided to trade the queens and transfer the game into the knight endgame which happened to be more pleasant for the Hungarian player, who proceeded to convert the advantage.

On the first board Cristina-Adela Foisor stood a bit passive with black and conceded a nice advantage to her opponent Marie Sebag. But in the severe time trouble French player proposed a draw even if her position still offered good winning chances. 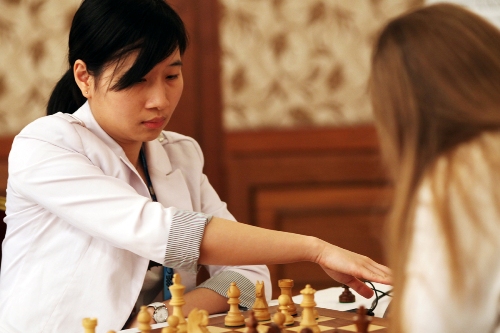 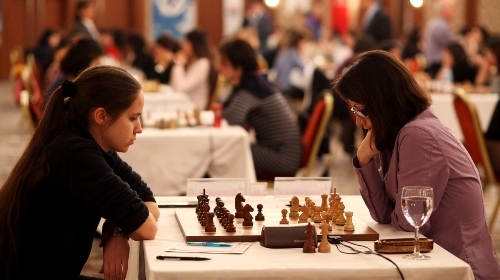 The defending champion Viktorija Cmilyte wins another game and is already near the top with several other players on the shared 2nd place.

Kateryna Lahno, European champion in 2005 and 2008, made a doubtful opening sacrifice but continued to press against Nastassia Ziaziulkina. Belarus champion didn’t find the best continuation and the game moved into an interesting endgame with heavy pieces on the board and slight advantage for white. Lahno continued to probe the opponent’s weaknesses and eventually pulled a full point.

Valentina Gunina, who had Black pieces against former World and European champion Antoaneta Stefanova, mixed the move order in the opening and lost a pawn for nothing. She didn’t lose spirit and offered another pawn in order to complicate matters and create counter-chances.

Stefanova grabbed the material and assumed nearly decisive advantage but a couple of inaccuracies allowed black back into game. Further mistakes in a complicated position from both sides and suddenly black pieces were all over the white king. Stefanova lost after 77 moves of tense battle. 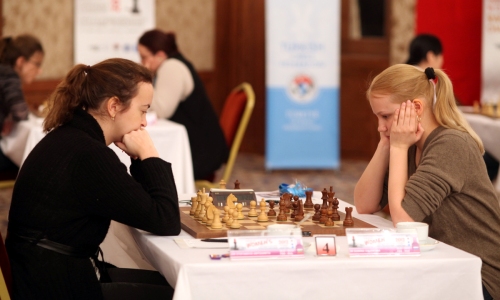 Before the rest day the leader Hoang Thanh Trang holds 5,5 points. Four other participants Marie Sebag, Valentina Gunina, Cristina-Adela Foisor and Viktorija Cmilyte are half a point behind. 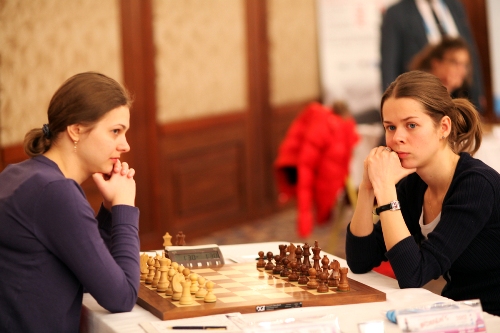 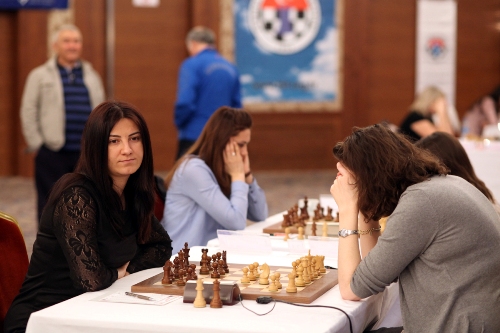 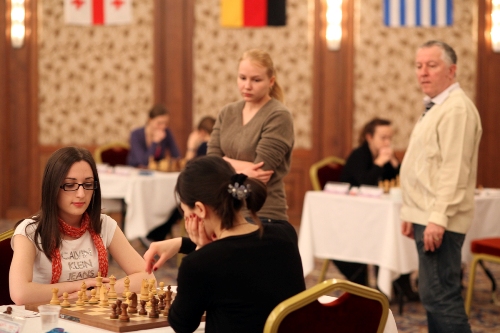 Magnus Carlsen: My goal was to play 40-50 good moves in every game
After letting the clock tick for nearly three days, Magnus Carlsen finally made his move. Since becoming the World Champion on Friday, the 22-year old ...