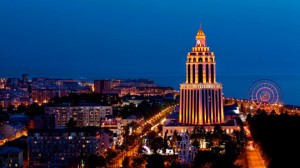 The European Individual Women Chess Championship will take place in Georgia from 18th to 31st of May 2015.

The proposal of the Georgian Chess Federation to the European Chess Union includes 75.000 EUR as the total prize fund (60.000 EUR net for the players) and all the organizational expenses covered.

The exact venue and all the details will be published in the tournament invitation by the end of January.

European Chess Union expresses its thanks to the Georgian Chess Federation for the constant support to the major chess events and especially to the Women’s chess where Georgia has a great tradition and two chess legends, World champions Nona Gaprindashvili and Maia Chiburdanidze.

European Chess Union administration completed in a short term the whole European Calendar for 2015, managing at the same time to improve the conditions and prize fund for the European Individual Chess Championship in Jerusalem.