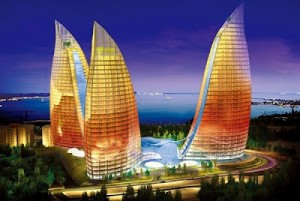 Just a few hours ago in Rome, the European Olympic Committee (EOC) voted to launch a new European Olympic Games multi-sport competition with the first event taking place in Baku, Azerbaijan in June 2015. The EOC held a secret ballot at its 41st General Assembly in Rome with 38 voting in favor, eight against and three abstaining. The four-yearly event will include 15 of the 28 summer Olympic sports, plus two non-Olympic sports, which have not been selected yet.

This development of events seems a perfect match of Chess and the Olympic movement. The competition is taking place in Azerbaijan, a country that recently invested a record high budget to host the Chess Olympiad 2016 with direct support of the government. Other chess politicians are also growing in number in Europe, with Alisa Maric elected as Sports Minister in Serbia, and Zurab Azmaiparashvili Deputy Minister of Youth and Sports in Georgia.

EOC president Patrick Hickey has been a strong long-term advocate of the idea and said ahead of the vote: “These first games will be very much a trial and test run for a huge event in 2019. “My idea is that this would become a qualifier for the Olympic Games in 2020 for certain sports. We have to negotiate with certain federations.”

Now it is time for Chess and FIDE to make a move. First reaction came from the FIDE Events Commission member Theodoros Tsorbatzoglou, who commented, “During my recent trip to Brussels I was informed about this event, and with EVE we are following the development, which might be an important challenge and a good chance for chess to enter the Olympic games in coming years.”