The 15th European Senior Chess Championship for Men and Women will be held in Eretria, Greece, from 28th April to 8th May, 2015.

The tournament venue is the conference center of the 4-star “Eretria Village” Hotel, near the ancient city of Eretria.

The Championship is open to all players representing ECU Chess Federations who have been born in the year 1965 or earlier. There is also no limit in the number of participants per federation. 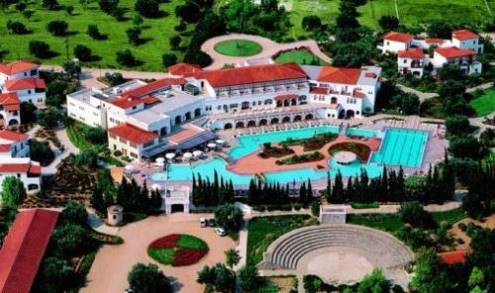 The European Senior Chess Championship will be played according to the Swiss System in 9 rounds, with the time control 40 moves in 90 minutes, followed by 30 minutes for the rest of the game+ 30 seconds increment per move, starting from move one.

Total prize fund of the Championship is 8.000 Euros, and the first 3 places will be awarded with cups and medals. Prizes will be equally shared among the players with the same score.