The derby match of the 7th round between the gold and bronze medalists from the last year’s Championship, Russia 1 and Montenegro respectively, ended with a hard fought tie 2-2. FM Momcilo Raicevic continued with fantastic form and defeated IM Nikolai Mishuchkov, but GM Nikolai Pushkov equalised on the 4th board.

Swizterland didn’t use this opportunity to move into the sole lead as they lost against Russia Saint Petersburg. Viktor Korchnoi signed his 6th victory but the colleagues on the lower boards suffered two defeats. 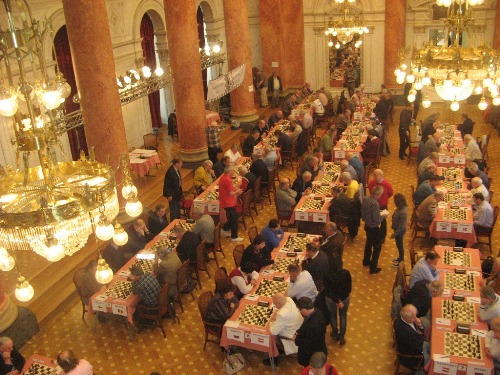 The playing hall during round 7 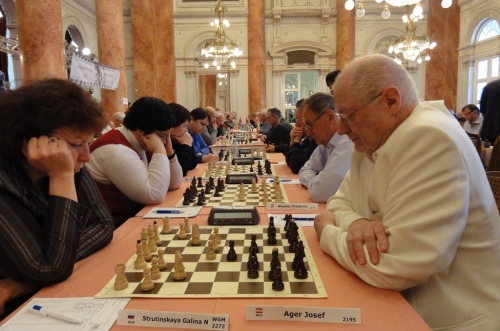 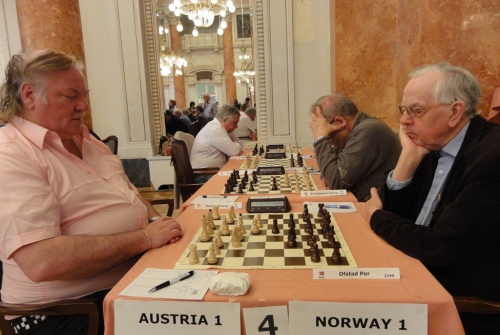 IM Georg Danner from Austria and Per Ofstad from Norway

Russia 1, Montenegro and Russia Saint Petersburg are joint leaders with 11 points each.

Germany 1 scored 3-1 against England 1 and scheduled a match against Russia 1 in the 8th round. Austria Wien 1 stunned the higher rated Denmark and will play against Russia Saint Petersburg on the second table. Switzerland is paired against Montenegro.

The Championship will be played in 9 rounds following the Swiss System. The ranking depends on the number of team points (win = 2 team points, draw = 1 team point, lose = 0 team points). 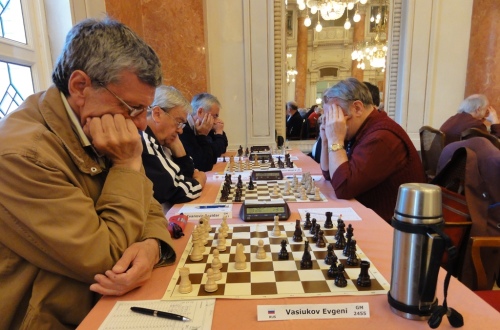 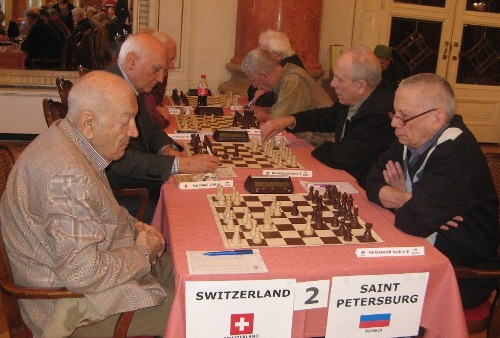 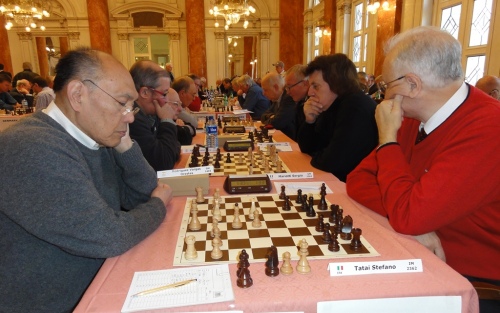 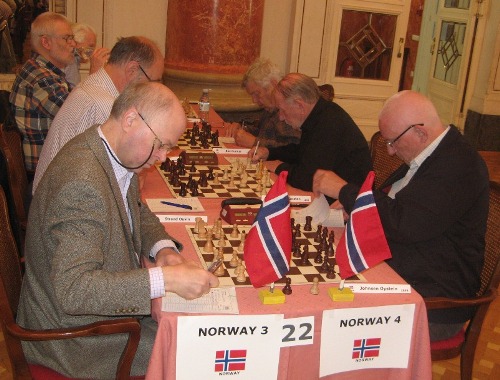