The line-up of the Championship is one of the strongest ever, led by the World Champion and World #1 Magnus Carlsen.

Azerbaijan in Open section and Ukraine in Women’s are defending the titles from Warsaw 2013, and both teams are seeded third in the starting lists.

The first European Team Chess Championship was held in Vienna and Baden bei Wien in 1957. It was a double Round Robin and notable for the surprise victory of the Yugoslav team over the mighty Soviet team in their second encounter. 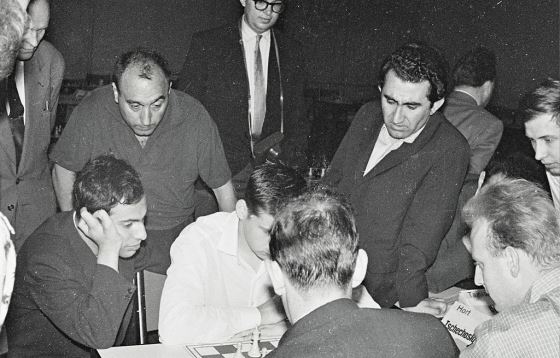 For the next twenty years, Championships occurred at four-year intervals, and since 1977, successive tournaments have mainly been held on a three and then a two-year cycle. A Women’s Championship, following the same cycle and venues as the men’s, was established at Debrecen in 1992.

The format of the Championship varied through the years. It started as a Round Robin, and from entering the new millennium is held according to the Swiss System.

Number of boards per teams has also been changing over the different period. Started with 10, cut to eight, and then finally from 1992 was cut to five, which remained until now.

Women Championships started with three players per team and increased to four in 2005 in Gothenburg/Sweden.

In Women Section Russia has 6 medals in their collection, of which 3 gold, 1 silver and 2 bronze. Ukraine follows with 2 gold and 1 bronze, while Georgia, Poland, Armenia, France and Slovakia have 1 gold medal each.