captains meeting and round 1 pairings

After all teams have settled in the beautiful 5 star Creta Maris Hotel, the captains’ meeting took place at 22:00 local in the “Aphrodita” hall. This was the usual procedure of arbiter’s introduction, regulations reading, filling forms with board order and Q & A session.

Besides the already announced playing schedule, every day at 11:00 local time (CET+1) the team compositions for the upcoming round will be published online. Pairing for the following rounds will be posted every evening at 23:00.

One of the most interesting rules will be application of new FIDE article that says “prearranged results are not allowed”. This means that no match can finish in several minutes,as it has happened at several Olympiads. Yet, it is not as strict as the Sofia rule. Short draws can happen between players.
The rule was first applied at the Club Cup in Kemer a month ago and there were no incidents. The chief arbiter of the ETCC shared that he does not expect any problems either, but the rule is there just in case.

After the meeting last night the ECU issued a note, stating, “If any team will withdraw after the publishing of pairings, the announced pairings will not be changed and the opponents of missing teams are awarded 2 match points and 4 game points without play.” The announcement is signed by B. Kutin (ECU President), W. Stubenvoll (ECU Tournament Director), S. Logothetis (ETCC 2007 Tournament Director), and P. Nikolopoulos (ETCC 2007 Chief Arbiter). 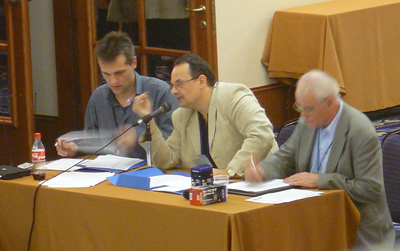 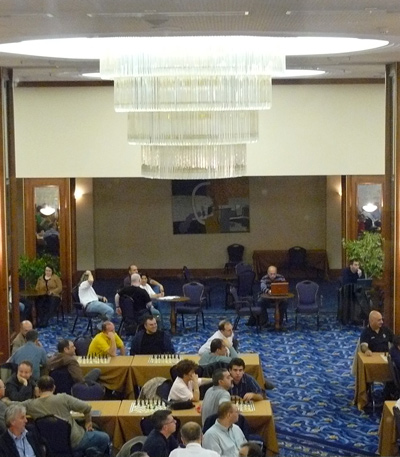 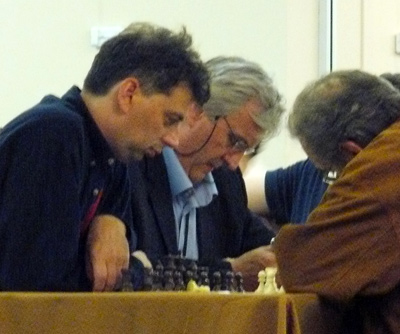 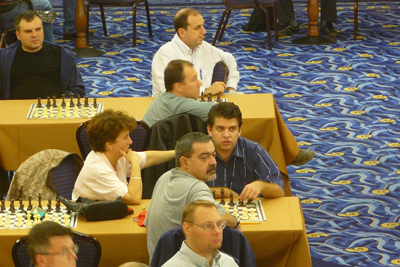 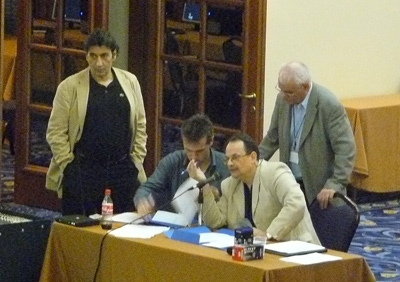