There are only 20 days to the first round of the European Team Chess Championship in Crete, Greece. The expectations are rising as the teams are being announced one by one. All teams will be announced this week, until now from the top countries England, France, and Germany have confirmed their teams.

For team England we are going to see on board 1 the Mtel Masters and European Cup participant, GM Michael Adams. Board 1 for team Germany will be GM Arkadij Naiditsch, and for team France GM Etienne Bacrot. A return for the national team of Bulgaria will make GM Veselin Topalov. 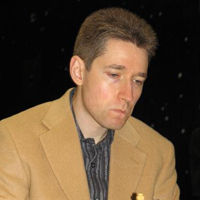 Expect every day updates about men and women participants in the European Team Chess Championship at the general ETCC page.

Chessdom will be the official media partner of the event. We have already reserved our tickets and in several days we will be there. You know what that means, videos, interviews, and much more! And while the ETCC expectation is rising, we will comment for you the Essent Chess Tournament 2007 live on Chessdom!

Official site of the ETCC: www.euroteams2007.org